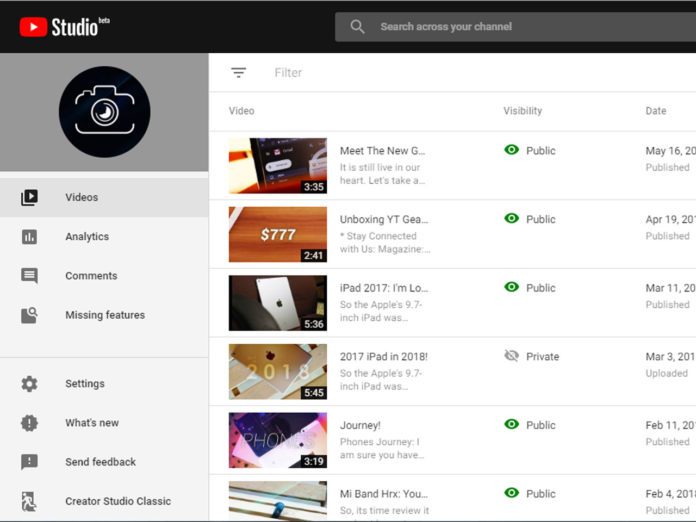 A month back YouTube announced that they will launch YouTube studio with many more feature so that creator can have a look at their and get more info about views, watch time, viewers interaction, and much more.

So, here it is, YouTube studio released new features via Beta.

How to get this feature?

Everything is changed so you might get confused where to start. First of all, talking about the video section

So, that’s all changes New YouTube Studio has received, I personally liked it. Let us know in comments below what do you think about this.