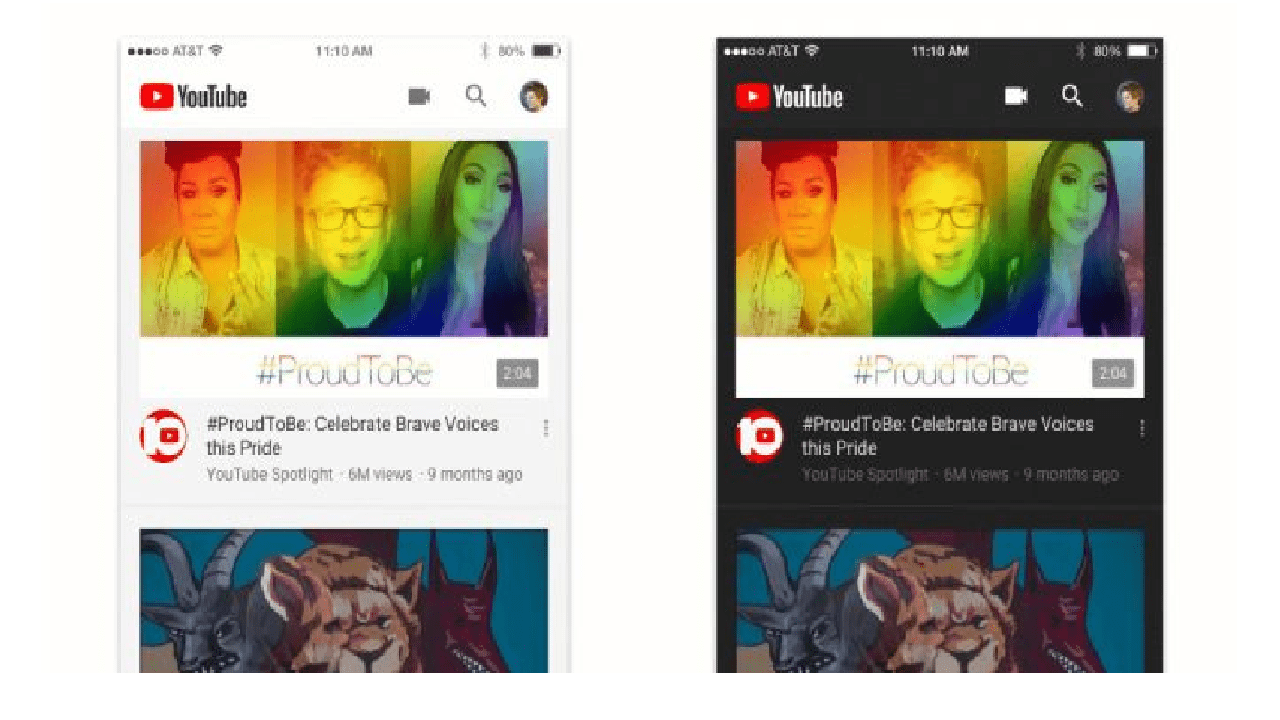 YouTube is becoming the online video platform where billions of daily visitors come to watch videos of their own interest. YouTube has rolled out the dark theme mode for the desktop website. Well, earlier in January month we have seen that YouTube is working on the new feature called the dark theme mode but there was a tweak. YouTube was planning to roll out this feature in Android and iOS device.

Today the wait is over. YouTube is rolling out these new dark mode theme and it is started with the iOS application. iOS users will get this feature first on their devices. But there is nothing to worry about for the Android users. New mobile dark theme works the same way as the desktop website. YouTube designed all the things like icons, buttons, etc. same as the web counterpart. The dark mode in the mobile phone contains that black and dark shades of gray color for the application background when it is turned on.

As I said earlier it is just released for the iOS users. So, this feature can be activated by the following way. Go to Profile> Settings> Dark Theme – turn it ON. Yet, Android devices are not getting this new update. But hopefully, it will come in next one or two days. YouTube has still not released this feature in the other YouTube family services like YouTube TV, etc. I think they are definitely working on it and also they will launch the same for the other services too. So, what do you think about this new Dark Mode theme? Let us know.