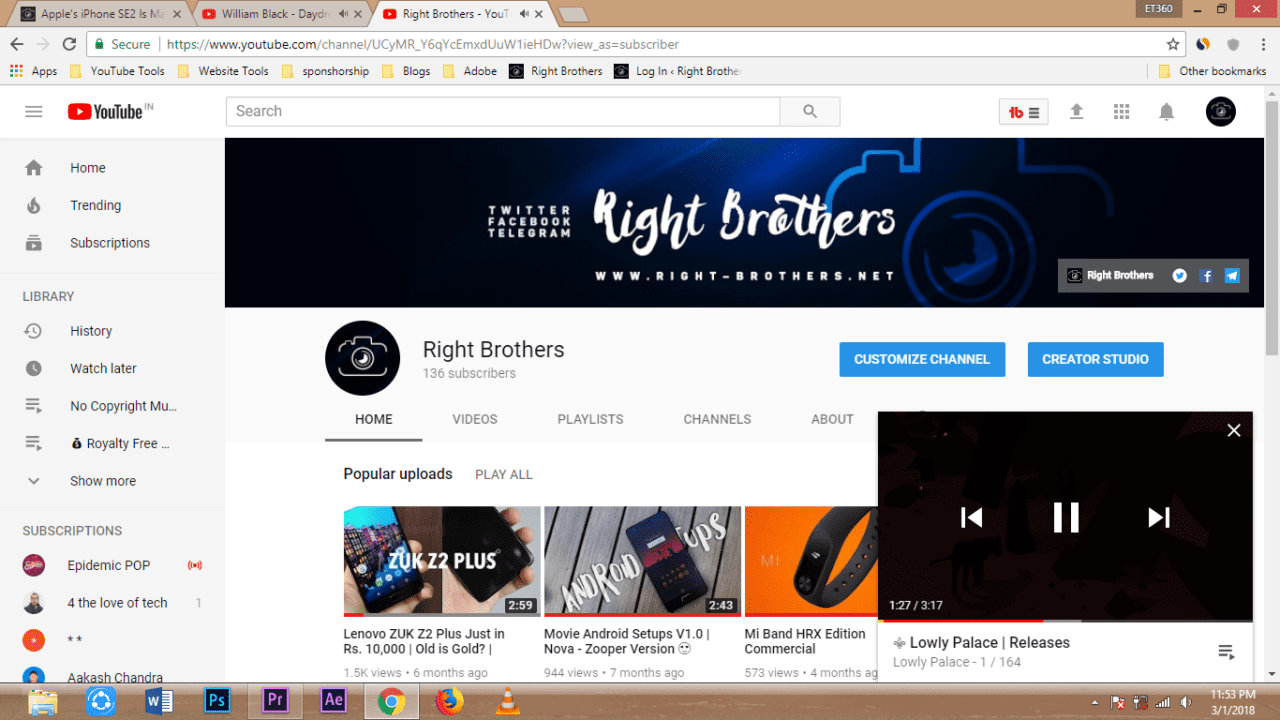 YouTube: the giant hub for the videos. Without any doubt, YouTube is now most used platform more than the television. People are spending there most of the time to watch videos on the YouTube and to keep them on this giant platform, YouTube is adding more and more unique features.

From the last couple of months, YouTube has added tons of features. Dark Mode, Live streaming subtitles and YouTube TV and much more. Another new feature has been added now. That’s the Picture-in-Picture mode. This just was spotted by me when I was watching a video. You can see in the screen below. The video I am watching is on the right side lower corner.

Mi Mix 2S and Mi 7 Might Come With The Under-Display Fingerprint Sensor and More!

Just in case if you don’t know recently YouTube has announced another new feature, that’s the automatic subtitles for the live videos. Well, YouTube has the ability to generate the subtitles automatically in the uploaded videos but now they have such algorithms which can now generate the subtitles in the live videos for the better understanding of the viewers. Still in the future more features to come on this platforms. But, honestly speaking, with the present features YouTube is one of the best platforms for the online videos.