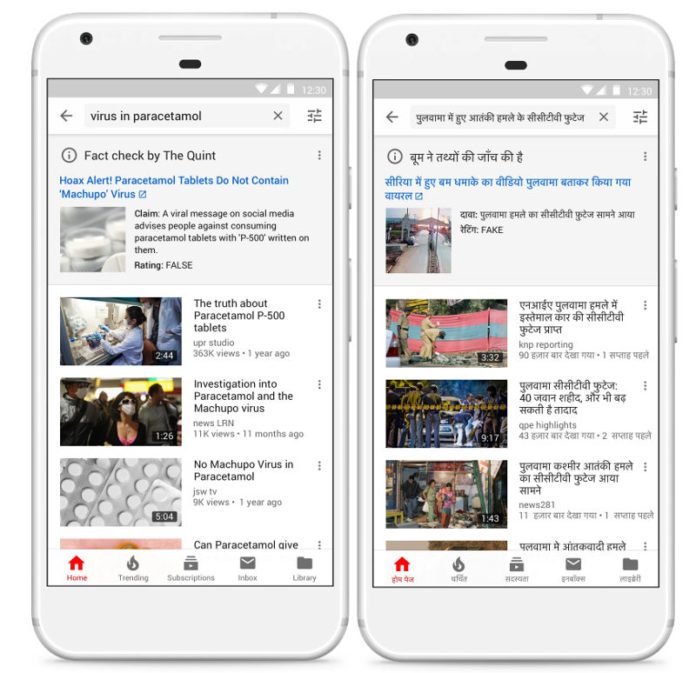 India has the cheapest internet plan in the world (Thanks to Jio) and because of that, the number of Internet users is increasing every day. Many of them don’t know about fake news over the internet and some of them forward the post or video without confirming if that is legit or not.

To Stop the Fake news in India, YouTube is reportedly adding a new feature called Fact Checks. According to YouTube spokesperson, these panels will show up on pages of search results rather than on individual videos and offers fact checks from verified partners to combat fake news.

This feature will be rolled out in India in Languages such as Hindi and English. It won’t be available for other languages right now but YouTube will add it in the future.

Facebook is also taking strict action who’s spreading fake news such as reducing the ranking of the groups, page who spreads fake news. WhatsApp is also running a campaign in India to stop the fake news on its platform.