A mid-range smartphone has been covered by a Xiaomi and that makes the company a No. 1 leading brand in India right now. But, there are some new emerging brands that will give Xiaomi a tough competition in 2019. This year at Mobile World Congress we saw tons of new ideas that will be implemented on upcoming smartphones. And if I am not wrong, 2019 will be a year of foldable smartphones as well as a 100MP camera sensors.

Recently, a new patent surfaced on the web. Allegedly, it shows some new design ideas that Xiaomi patented. Now, I am not sure whether they all will be implemented in future Xiaomi devices or not. But, the thing I am sure about right now is they all designs are looking so much ugly. The patent filed with CNIPA known as China National Intellectual Property Administration. 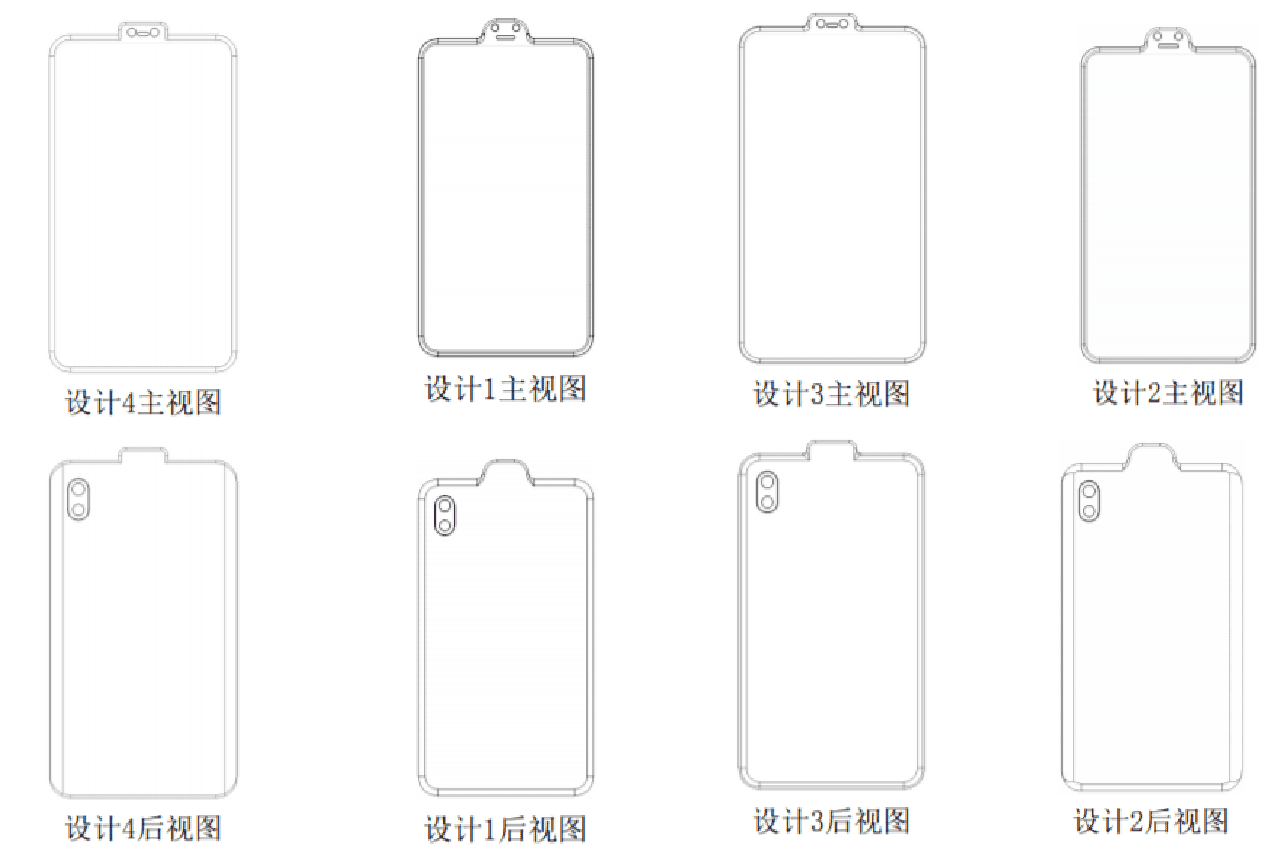 To provide full-screen experience on smartphones, some manufacturers adopted pop-up selfie camera design while some gone for the second screen on the rear side, Samsung went for rotating the camera in recent Galaxy A80 phone.

Apart from all these ideas, Xiaomi decides to put an inverted notch to install full screen. There is a total of four designs patented. In the image above, the upper sketches show the front design while the below sketches shows rear design. One thing to notice that devices will have dual cameras in the notch as well as on the rear side.

Now, as further information, those Chinese text doesn’t show the name of this design. Converting them into English it says “Design Note Review”. So, we can say, these designs are just for review purposes. And I don’t think they will implement this on the upcoming phone. Because Xiaomi has better options in the market to go with.

Let us know what do you think about this.