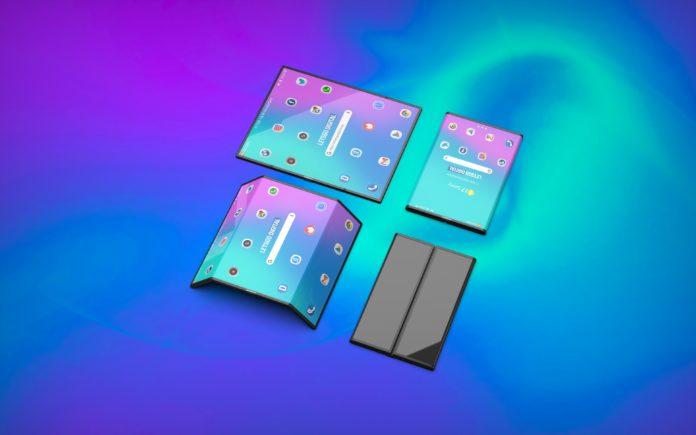 Now, it is no secret that Xiaomi is working on its foldable smartphone. Since the company has released its official video of a foldable phone, everyone is now moving eyes on the web for its specifications. But, we are still on the dark side. The video shows us a detailed look at Xiaomi’s foldable phone from every angle.

So, basically, the foldable phone from Xiaomi will not be folded from the center as in case of Samsung’s one. Xiaomi’s CEO Lin Bin reports that the company was facing several technical problems (e.g. flexible display, folding mechanism, and MIUI optimizations) and the company has already overcome.

According to Xiaomi’s CEO, the company has yet to decide the name of this upcoming foldable smartphone. But, as of now, for the prototype, they have considered two names: Xiaomi Dual Flex and Xiaomi Mix Flex. The company is still looking forward to the suggestion.

LetsGoDigital Netherlands has shared 3D Concept images of Xiaomi’s foldable phone in high quality. You should definitely take a look.

ABOUT US
Right Brothers is the news and multimedia company founded in December 2018 to provide the depth information on smartphones and new technology.
Contact us: [email protected]mail.com
FOLLOW US
© 2018-2020 Right Brothers News and Multimedia Co.