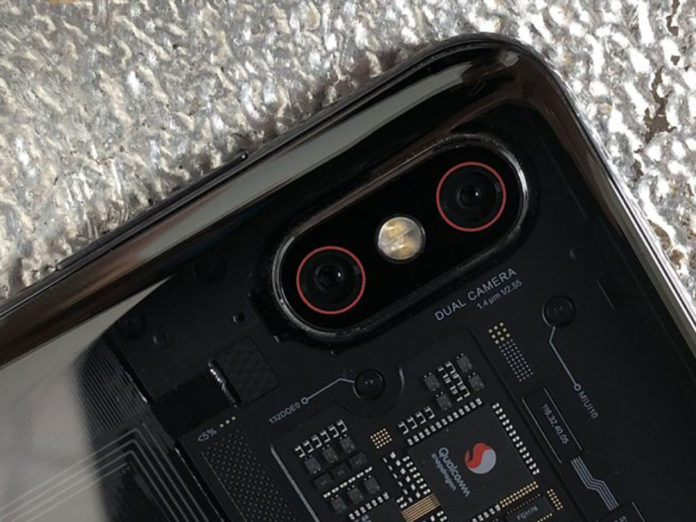 Xiaomi’s CEO Lei Jun used Weibo to give some interesting updates on which company is now focusing more. And that’s the camera of their smartphones. In the last couple of months, Xiaomi released a smartphone which is featuring some of the best cameras. No, not talking about Redmi Note 7 featuring a 48MP camera. The controversy was on the rise at the time of launch because it has a 12MP sensor. The 48MP sensor actually binning 4 pixels into 1. But, Mi Mix 3 which has got the best result on DxO mark for its quality images.

Xiaomi’s Camera R&D center is now all into the new features and improvements for phones. According to CEO Lei Jun, the company is investing more money to improve quality on future devices. Already, the company is rolling out 960fps slow-mo video recording update with the Night Scene mode. 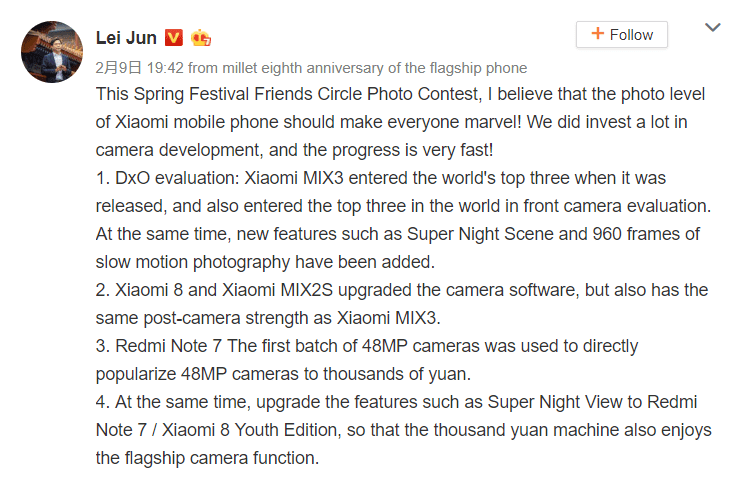 It is no surprise to have three or even four cameras on a smartphone. Samsung already launched the Galaxy A9. And now Nokia 9 PureView is in the pipeline to become the world’s first Penta-camera phone. Oh, by the way, the cameras should click better images otherwise people will put it in the category of gimmick phones.

Furthermore, CEO also said that the company will be improving the camera in mid-range smartphones as well. So, overall there are a lot of improvements and new features are on their way to make Xiaomi smartphones camera better. You can expect quality images from new Xiaomi smartphones this year.