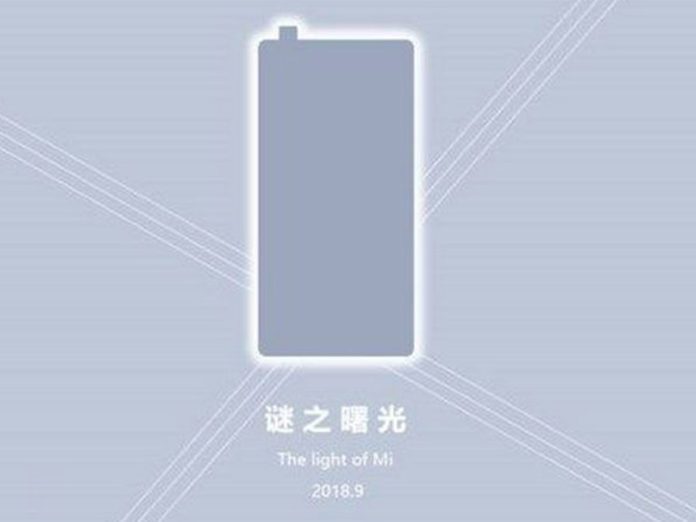 Xiaomi Mi Mix 3 is the trending topic for this week. There is a lot of leaks and rumors out there on the web. Xiaomi has everything set to launch their upcoming flagship Mi Mix 3. The device is already in the manufacturing process. If you can manage to recall, just a few days ago the first 3D renders surfaced online which were showing the pop-up camera just like the Vivo NEX device. And now new teaser confirms the same.

Apparently, it could be the official promotional image of this device which shows some interesting details. The image was firstly spotted in the Weibo which doesn’t show the device itself. Rather than it only shows the highlights with the pop-up selfie camera and that’s the first thing caught my eyes. On the bottom, you can see the image shows the date “2018.9” which confirms the device is set for the September launch just after the 2 months from now. 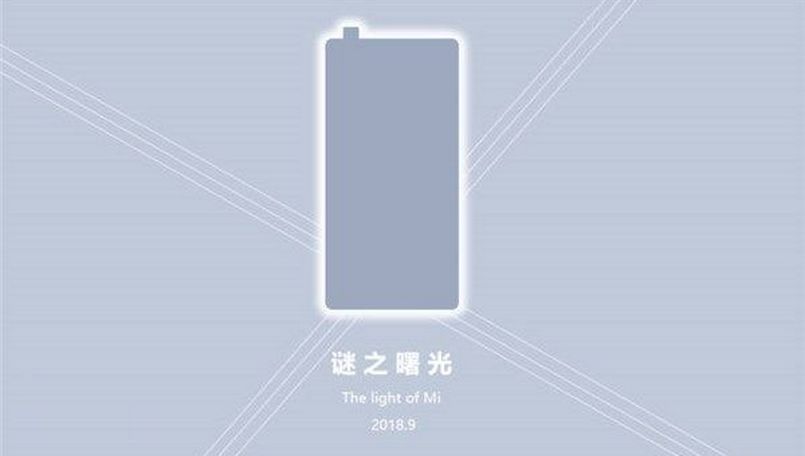 Well, it is clear Xiaomi Mi Mix 3 will feature the larger screen with 90% screen-to-body ratio as the company has confirmed earlier, the user will get more space to play with the screen. If you have noticed that tagline in the image says ‘The light of Mi’. I am pretty confused, what it stands for? Could there be a light on the pop-up tray? I guess no. There will be a front camera on the pop-up tray as we saw in the Vivo NEX case. But, there could be the LED-flash enabled selfie camera and this is confirmed by their filed patent. Xiaomi has filed a patent earlier in 2015 for the LED-enabled selfie camera that can pop-up from the inside of the body.

As of now, that would be perfect if you take this image as a pinch of salt. Still, two months are remaining in the launch of the phone and many leaks to pop up on the web. We will definitely keep you updated via our Telegram channel. So, make sure to join it.