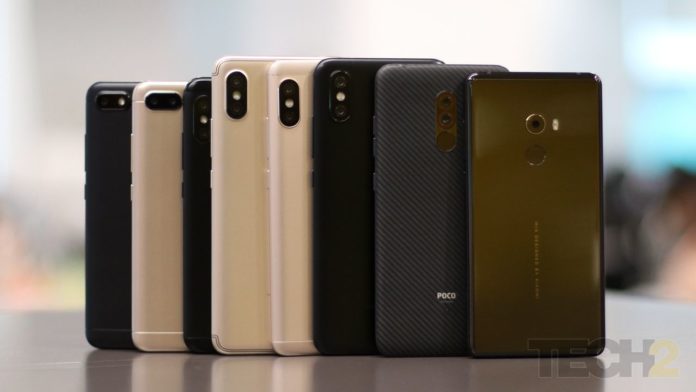 The everyday new toy comes in market with new technology. Especially if we talk about India, the majority of smartphone manufacturer are thinking of the budget handsets. And that comes in the Xiaomi. The Chinese smartphone maker has made its name popular in India for budget handsets. It could be really impressive though because right now, it seems to have more competition than before with other brands includes Realme, Nokia, Samsung and more.

The new report kicks off (via Counterpoint) which shows Xiaomi as the leading smartphone brand. The company has taken the crown from the Samsung for being the No. 1 smartphone brand in India. Although, do note the data shows report till the quarter 3 of 2018. The top 5 brands include Xiaomi, Samsung, Vivo, Oppo, and Micromax. You might feel surprised though because of not having Realme. So, let me again tell you that report includes data till quarter 3.

Xiaomi recorded highest shipments in India in a single quarter. Thanks to the Redmi 6 series and offline selling as well. While Samsung made with the help of J series includes J6 and J8. These both devices are still strong in the market. Refer the table below which shows data ranges between Q3 2017 to Q3 2018.