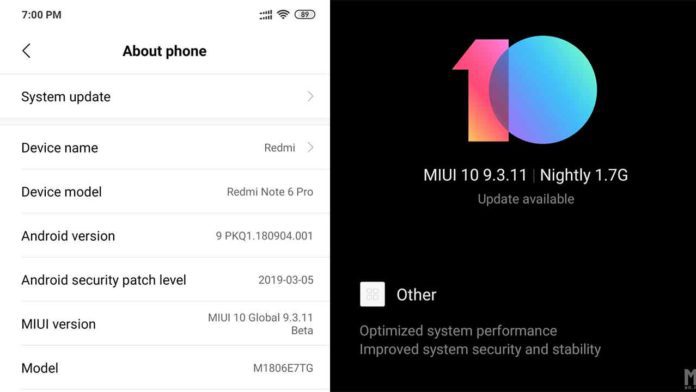 As per the post on MIUI forum, Xiaomi has started rolling out Android Pie based MIUI 10 Global Beta 9.3.11 for Redmi Note 6 Pro device, That is based on Android 9.0 Pie and also brings March Security patch. This update is still in closed beta so there might be few unknown bugs that you may face if you plan to install it.

The update is not officially available to download but if you’re impatient and can’t wait for Xiaomi to release then you can download it from the below link.

The company is also expected to launch Android Pie update for the Redmi Note 5 Pro, Redmi Y2 and Redmi 6 Pro in next few weeks.