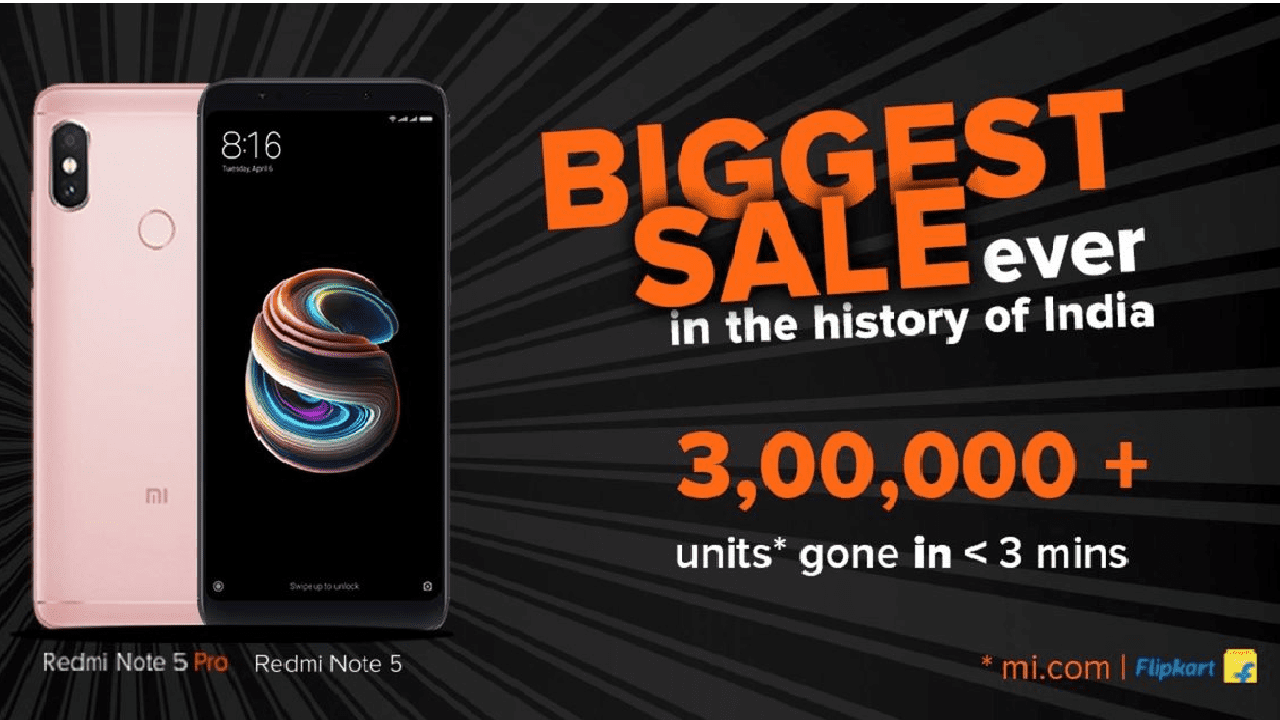 The first flash sale of their Redmi Note 5 Pro was really super fast and as Xiaomi has mentioned in their tweet, it was boldly called as “The Biggest Sale Ever in The History of India.” There are so many comments on this new tweets and especially some of the people say “Stop Spreading this Fake News”, however, some people agree with this. A lot of customers says that this sale was too fast and the site was crashed within seconds and when they tried to refresh it they got the “Out of Order” sign on the screen.

Thank you for being a part of the biggest sale in the history of smartphones! See you on Feb 28 for the next sale. RT to win f-codes #GiveMe5 pic.twitter.com/s6pU7339r0

Xiaomi has posted an image on tweeter regarding this first flash sale. However, there is no doubt on their sale. With the flagship like features, they have done a good job. This affordable device has some interesting features contains the 4GB RAM and 64GB onboard storage. You can catch the complete information in our detailed article!

The next sale of this device is scheduled on the February 28 on the Flipkart as well as on their official Mi website. Keep your self-ready if you missed buying for you in this sale.