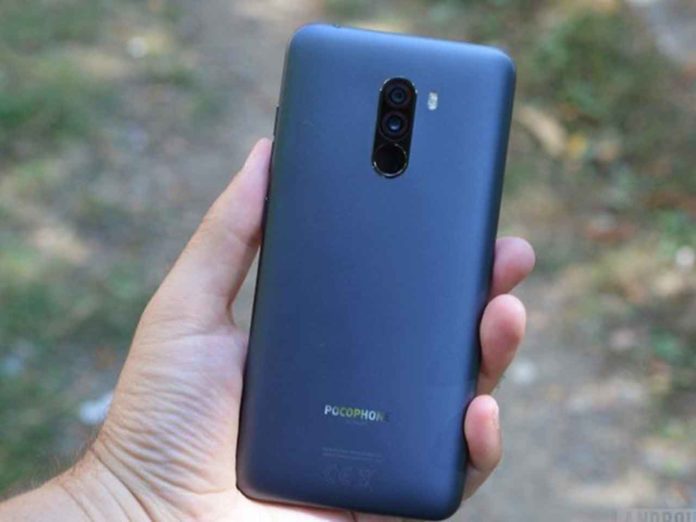 Xiaomi’s has everything set to launch its first smartphone with the new brand tag – ‘Pocophone’. The well-known Chinese smartphone maker Xiaomi’s sub-brand will unveil it’s first Android smartphone will be known as Poco F1 on August 22. This upcoming smartphone has been part of the rumor mill from the last couple of months and of course, you may have seen the leaked images in our Telegram channel or somewhere else on the web.

The Pocophone F1 already listed on the Benchmarking website which was hinted to have a 6GB RAM under the hood. Later on, various leaks and rumors were watered on the web. Now, the new benchmark listing gives us a hint that the phone will arrive with the 8GB RAM as well. So, we can say, Pocophone F1 buyers will have two different options to buy. 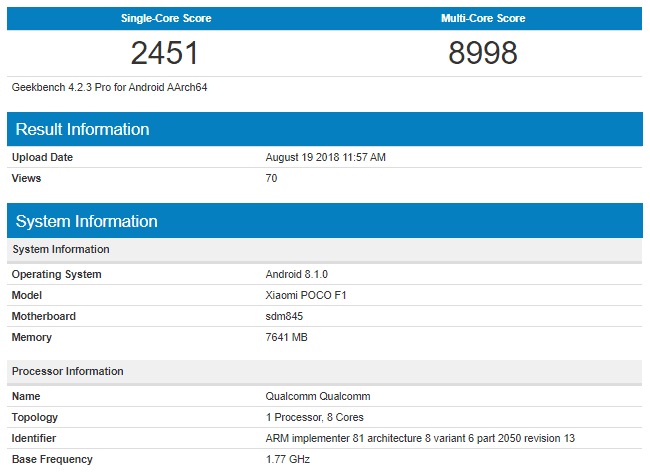 According to the new benchmark results, the Poco F1 having 8GB RAM under the hood will have other specifications same as the 6GB RAM variant. The Poco F1 8GB RAM variant will have the Snapdragon 845 SoC having the clock speed of 1.77 GHz. Out of the box, you will get this device running on the Android 8.1 (Oreo).

Indeed, the benchmark results are pretty well. And if you can manage to recall Pocophone has already said, “Poco is all about making a powerful smartphone with the technologies that truly matter. Recently it feels like the pace of innovation in the smartphone industry has slowed down, while prices are creeping up with flagship smartphones now past the $1,000-mark. We set out to build something to buck this trend. For the first product, we got back to basics and focus entirely on speed. Not just peak performance speed, but actual, real world, speed.”