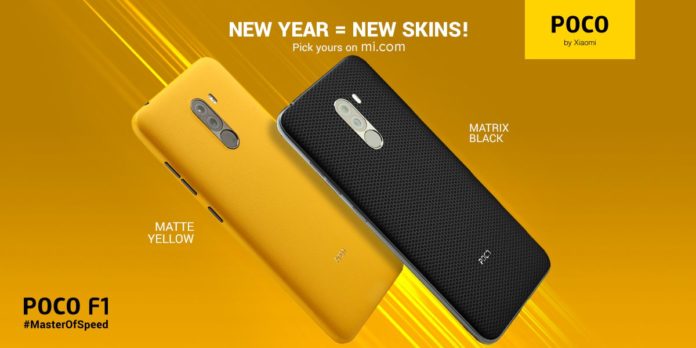 Xiaomi’s budget masterpiece Poco F1 gets two new skin options this new year as the company announced on its official Twitter profile. Poco F1 is still performing as the best budget device under Rs. 20,000. Thanks to Snapdragon 845 chipset. Xiaomi does not want Poco F1 to get bored while using the phone in one skin only and so, the company announced two new skins at the beginning of this new year.

Besides these all new things, the company also does care about users’ experience. The company has recently released Android 9 Pie based MIUI 10 update for Poco F1 which brought some crucial changes to the device. The new update adds super slow-mo video recording to the device at 960fps and also new ‘Super low-night mode’ is arrived. The company also promises to give 4K video recording support in the future. 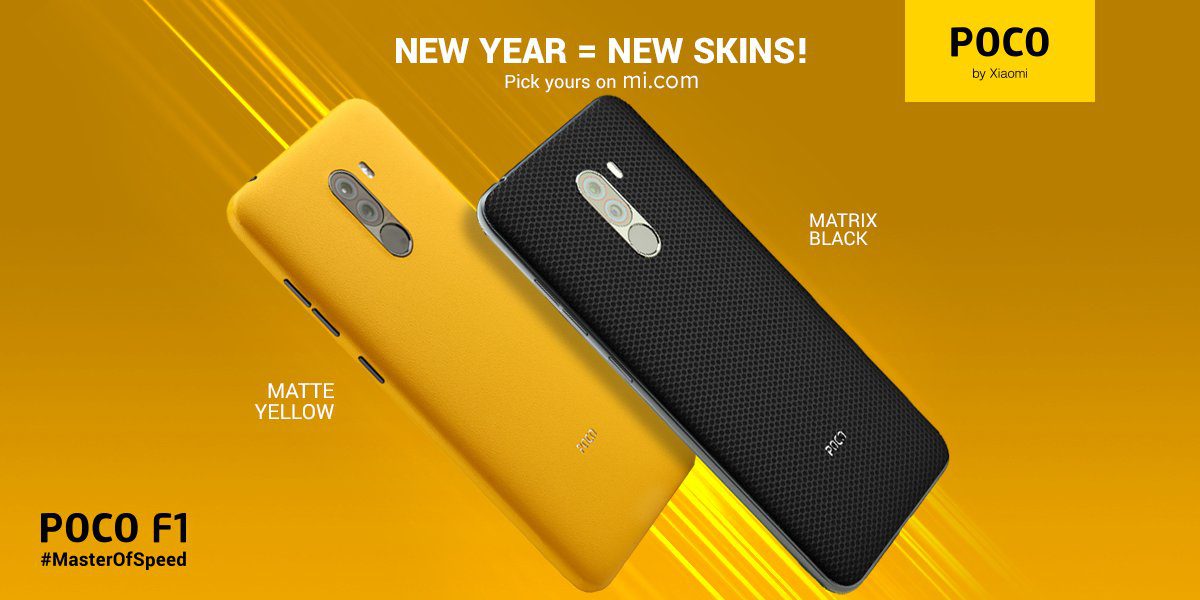 The two new skins include Matte Yellow and Matrix Black. As you can see in the image below, the Yellow skin doesn’t have any type of texture on it while the Matrix Black, as the name suggests, you will get the small square texture on it. If you ask me the second one Black skin looks decent and superior. The skin will look better on your device especially users will love this black skin who love to keep things minimal and trendy. Right now both the skins are available on Flipkart as well as on Mi.com for Rs. 299 for each. You can purchase them if you want before the stock ends.