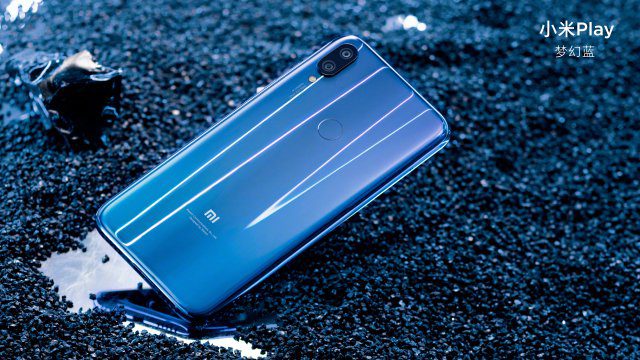 Xiaomi’s new device Mi Play scheduled to launch tomorrow on December 24. The launch is already around the corner. But, as we come more close to the official launch more leaks hit the web. Until now, there were many rumors regarding its specifications and some sources have speculated about its chipset that it could come either with the MediaTek Helio P90 or unannounced Snapdragon 730 chipset. However, recently, the new images pop up on the internet reveals detailed specifications of this upcoming Xiaomi device. 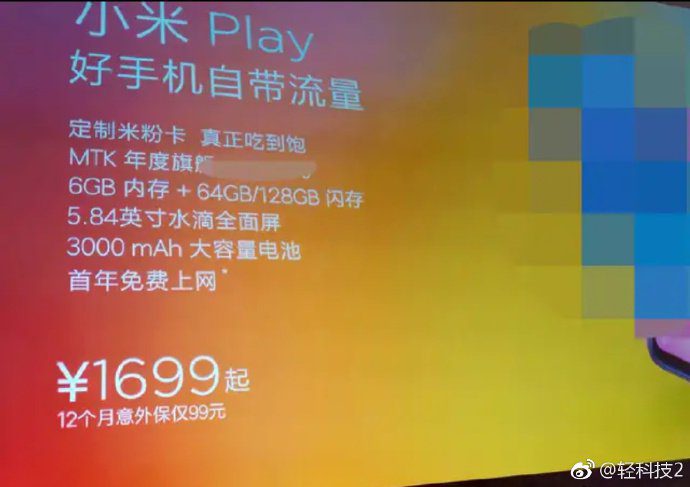 Well, looking on the image, it seems the slide is going to be the part of the tomorrow’s launch presentation. On the right side, there is a device which is blurred out. But, a little chin portion is there which you can compare to the earlier officially revealed images and confirm design.

Moving eyes on the specifications, if this slide is right then the device will be fueled by the MediaTek chipset. Now, it might be the MediaTek P90 chipset. Yet it is hard to say anything because of the blurred portion. But, rest of the specifications are listed such as 6GB of RAM, two different storage variants 64GB and 128GB, 5.84-inches display and 3000 mAh battery.

Now, if you look upon the pricing, it will be around 1699 Yuan. And by converting it to INR, the numbers are roughly Rs. 18,000. That means, the device will be an upper mid-range smartphone. And also, for this price, you can expect the device running on the powerful chipset say MediaTek Helio P90. Let us know what do you think about this in the comments below.