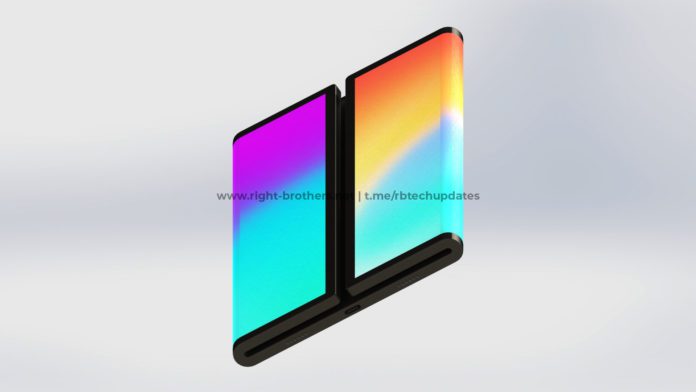 Since these are the concept renders that means it will give you an idea from the closer look. But, they are not following the exact design. So, please take note. Xiaomi is also gearing up for a foldable smartphone game. But, a little bit of different design. Upcoming Xiaomi foldable phone will follow tri-fold design. So, it will have two creases which will allow two sides to fold.

Taking steps in the past, the phone was initially teased by the company’s senior executive back in January. And later on, a few days ago, there was another video made an appearance via official Weibo account. Even though the video doesn’t reveal the much about the design. So, these high-quality concept images might help you to understand what could be the design of the upcoming Xiaomi foldable phone.

As per the previous report, Xiaomi’s foldable phone will be called as Mi Fold or Mi Flex. The company is known for its better hardware at a cheaper price form factor. Xiaomi’s foldable phone expected to get a price tag around $999 in the United States and it makes roughly around INR 74,999 in India. While comparing the price tag with Samsung Fold and Huawei Mate X, both phones cost $1,980 and $2,600, respectively.