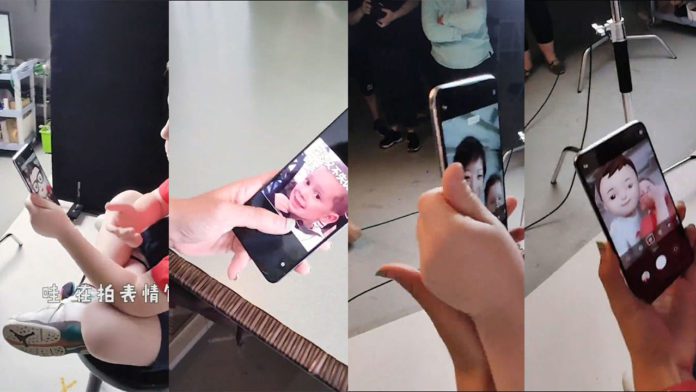 Yesterday, Xiaomi announced its new ‘CC’ series for the smartphones. Ever since alleged Xiaomi CC9e leaks popping up on the internet, people are waiting for its official launch. Well, I was honestly thinking Xiaomi will announce its first new series smartphone. Turns out, it was just a new series announcement.

The new high quality renders popped up on Weibo. It shows how Xiaomi CC9 device will look like. The render is based upon on the design revealed through the TENNA’s official website where we also went through some key-specifications.

FYI, to design new CC smartphones, Xiaomi has made a team of ‘Chic and Cool’ members from 90s. So, it will follow the new trend. And I guess the design looks similar to the current smartphones in the industry. So, there is a huge display with the waterdrop notch with thin bezels and thin chin as well.

The render shows-off the in-display fingerprint sensor. Let me tell you we don’t have any clue about that through a TENNA listing. On the rear side, there is a triple camera setup placed. It would pack one of the 48MP sensors. It could be Sony IMX486 which Xiaomi currently delivering in Redmi Note 7 Pro and Redmi K20 Pro.

One thing, you might notice, the logo placement. Xiaomi is used to place the logo in a horizontal position on the bottom. However, there is a vertically placed Xiaomi logo with a different font. So, there could be a case that Meitu logo placed in the middle. Because the phone will be manufactured in partnership with the Meitu company.