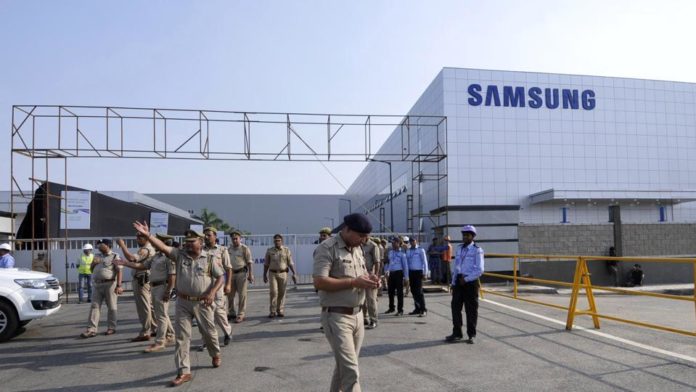 The factory will be inaugurated by Mr. Modi and South Korean President Moon Jae-in at 5 p.m. IST. According to India’s ministry of external affairs, both the president visiting the place in New Delhi.

Many smartphone companies started making their phones in India like Xiaomi, Oppo and Apple produced iPhone SE in India and now Samsung is planning for the biggest mobile phone factory in India.

Smartphones in Indian market is a bit expensive comparing to the other market because of the taxes and duties. A few months back Government increased taxes on smartphones by 5% and the prize increases more. And that’s where Make in India project comes, Mr. Modi encouraging companies to make their product in India by giving them facilities so that more jobs forms in India.

India’s smartphone market grew 14 percent with total shipments of 124 million units in 2017, the fastest pace of growth among the top 20 markets, according to International Data Corp.

Demands of Smartphone is increasing in India and also helped Indian billionaire Mukesh Ambani to sell millions of Jio Phone. Now, Mukesh Ambani is all set to launch Jio Phone 2.

Last year, India overtook the U.S. last year to become the world’s second-largest smartphone market after China. There will be 780 million connected smartphones in 2021, compared with 359 million in 2016, according to a study by Cisco Systems.