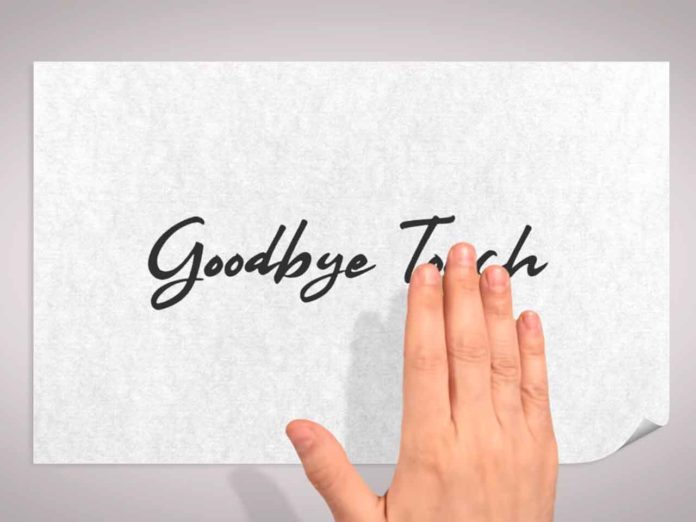 It’s been a long time since LG G7 rocking in the market and now the company will be launching LG G8 at the upcoming Mobile World Congress 2019. LG G8 or LG G8 ThinQ whatever you may call it, but the device has been already leaked through various leakers. So, the design might not surprise you. But, today, LG has officially shared a video says “Goodbye Touch”.

To be honest, yet I have not an idea about what LG employees have in their mind and what the company will be showcasing at the MWC 2019 which is connected with the “Goodbye Touch”. But, it seems the company giving us hint that there will not be touch anymore in LG smartphones. By the way, if you are hyped, then don’t forget to tune yourself with the LG’s live event on February 24.

Furthermore, if you have watched the video very closely, you might also have noticed that there is hand appears on the screen and moving around. If we also take it as a hint for an upcoming LG device, it leads us to think about the gesture that user will be able to use. So, we believe that upcoming LG G8 ThinQ will be able to read hand movements. Since all major smartphone manufacturers are implementing gestures which makes everything easy.

So, what do you think? Will LG really remove the touch from the upcoming smartphone or it is just a gimmick?