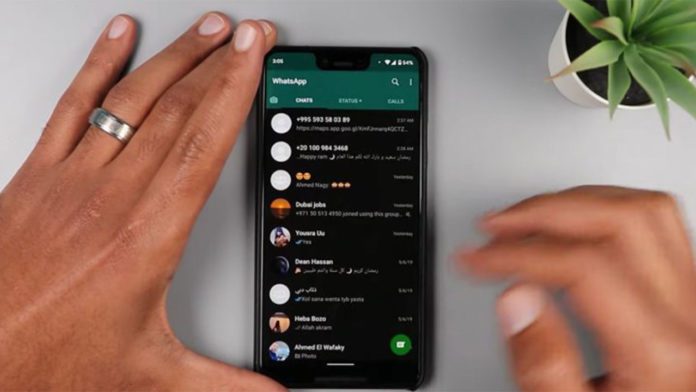 Everyone is now waiting for dark mode. Since Google released dark mode for the first time in Android 9 Pie, each Android use is now a fan of it. On users’ feedbacks, Google is now implementing system-wide dark mode in Android Q that will work in applications as well. Talking about WhatsApp, it might be also working on dark mode feature which could arrive soon.

WhatsApp released new developer beta update yesterday with a version tag of v 2.19.138. The new version brings some changes in WhatsApp applications and as noticed by one of the WhatsApp users, it converts the text ‘Reply’ and ‘Mark as read’ in notification bar in black color. In current WhatsApp, those are in green color. Screenshots attached below are shared by a Reddit user SnoopeDoge93.

For instance, let compare it to the YouTube Dark Theme. When it is turned on everything converted in dark grey and white color. Let put that red color accent on the side. WhatsApp could be also bringing the same theme in their application. When dark mode will be turned on everything will be converted in dark grey and white color. Except there will be some green accent.

We don’t know yet when the dark mode in WhatsApp application will arrive. Although it should be close and be arriving soon near in future updates. Let me know what do you think about it in the comment section.