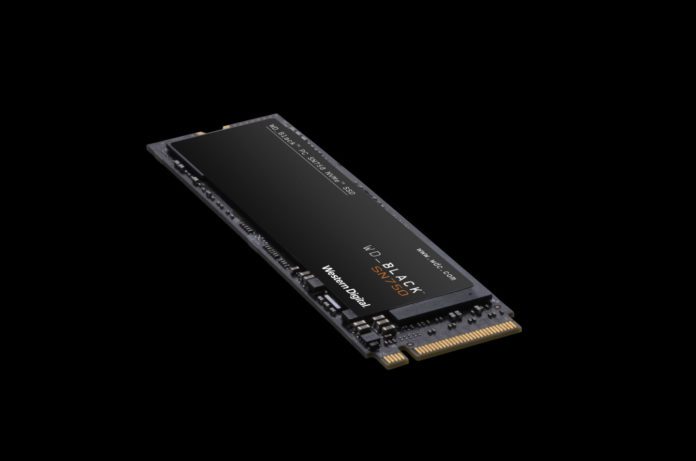 A quite popular and storage-focused brand Western Digital has now launched a new solid-state drive under the Black series. Company’s new Black brand SSD is primarily focused on games. So, of course, it promises to deliver higher performance for the high-end PCs which are categorized for gaming.

Western Digital’s Black SN750 is the new upgrade over its predecessors and the SSD has shown impressive results on benchmarking software. Anandtech has benchmarked it and notice some performance improvements compared to the previous drive. There was a risk of throttling in previous WD SSDs when gamers take into the heavy performance. Now, the problem has been solved in the Black SN750 by providing an option of buying with the heatsink.

Under the layer, the SN750 uses the 64-layer 3D NAND which you might have seen in the older one. However, the SSDs are also available with the 96-layer 3D NAND in the market. Although, this Dark SSD is passed in attraction exam. The gamers are already getting this SSD shipped on their home. Here’s how much speed you can expect from this new Black SSD.

The company’s rates for Black SSD SN750 is mentioned below. Do note the prices are for the SSD without the heat sinks. The heatsink models are not yet available to buy. It will come later this spring. Also, the heatsink option is available only for 500GB, 1TB and 2TB. 250GB is not yet available with the Heatsink.