The next generation Pixel 3 device is supposed to touch the market by the end of this year. While all people are eagerly waiting for this device, the new rumors and concept images are building more hype in Pixel fans. Earlier this month we have seen some in-hand images of Google Pixel 3 device. Later on, it was confirmed the device will sport on the glass on the rear side instead of the metal.

People already upset with the leaked image of a display of Google Pixel 3. The community is on fire. But… what’s the reason? Obviously that ‘notch’ what people do not want to see on such one of the popular devices. Some people have suggested the design of the device without the notch. However, the company has not shown any attention to community talks. We are completely in the dark of what is happening inside the company’s manufacturing plant. 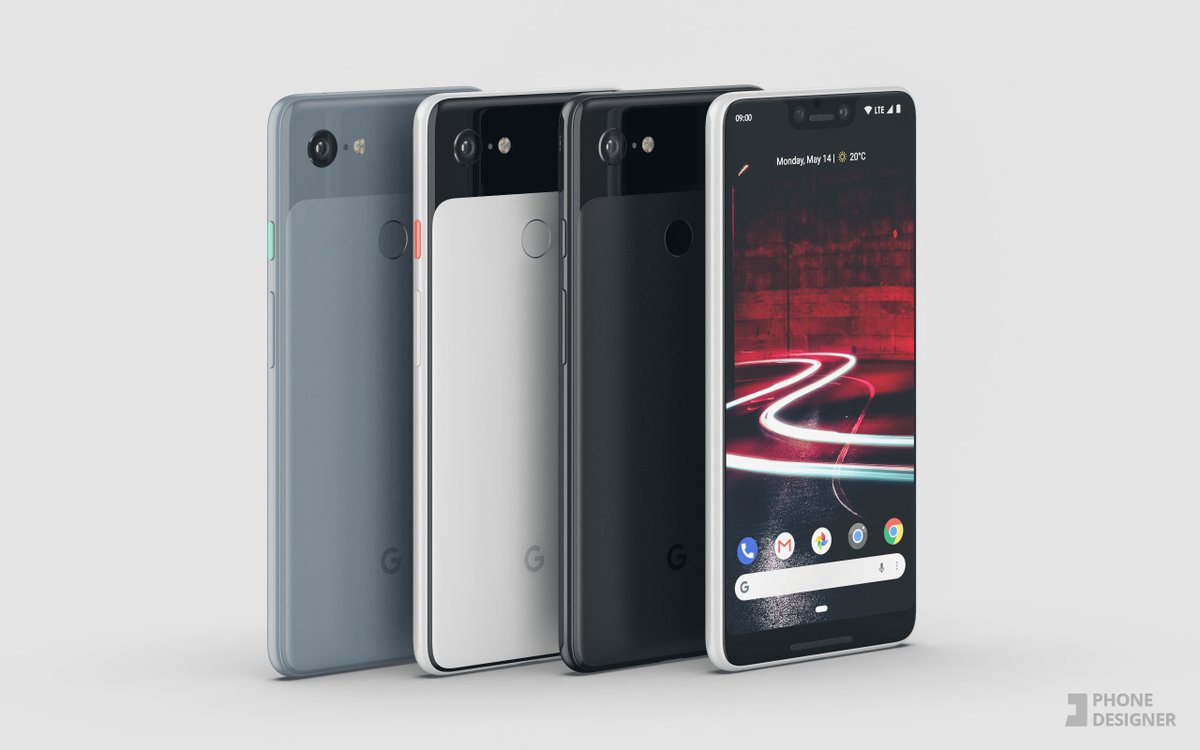 The new rendering of Google Pixel 3 device is based on the previous renders, however, the new image shows us the possible color variant that Google could launch in the market. The phone looks really sweet in these renders. And especially my favorite one is that Panda. Well, if you take a closer look at these renders, the designer has tried to add more details like the very thin black frame around the white rear area. Indeed it makes the device look more gorgeous.

The Google Pixel 3 could offer more than Pixel 2 device. More importantly it will have that bad looking ‘notch’ on the front and second, as founded by XDA Developers, it supposed to have support for a wireless charging dock. That could significantly impact on the mobile phone market.

Topics covered on Google Pixel 3 device are below. We will always keep you updated with new information. Join our Telegram channel for instant updates and Subscribe to our newsletter.