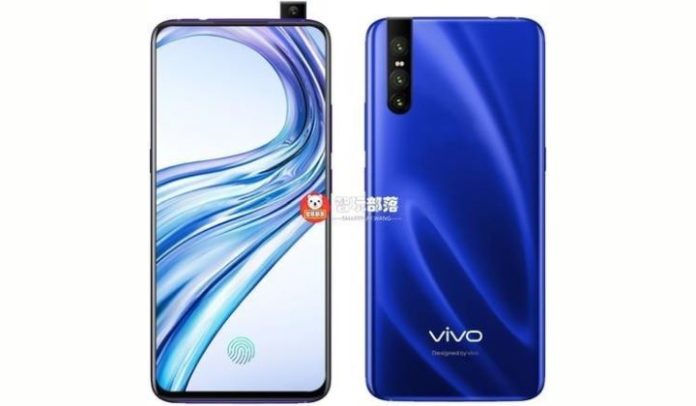 Vivo V15 Pro is coming to India on February 20 and we already know some of the key specifications. The earlier leak revealed the most of the specifications and yet another leak confirms the processor and shows us the geekbench score of the Vivo V15 Pro.

Vivo V15 Pro is listed on Geekbench as vivo vivo 1818. The device is running on Snapdragon 675 chipset coupled with 6GB RAM. It runs on Android Pie so we can expect the device to launch with Android Pie. 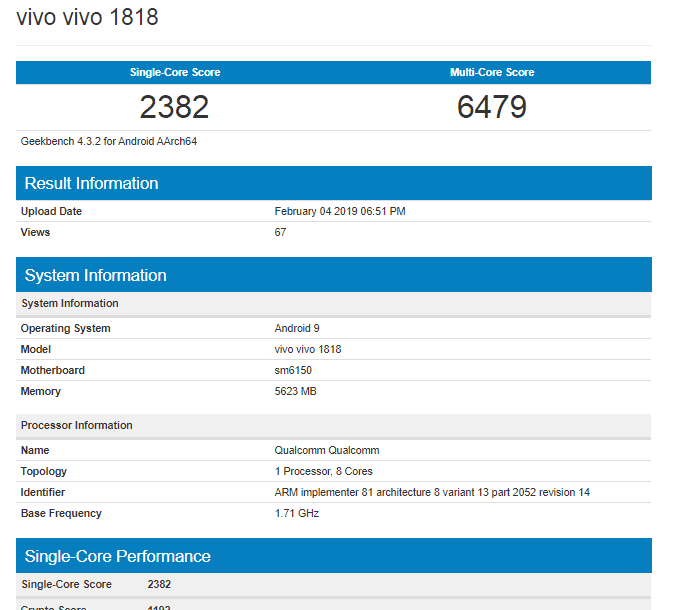 Vivo V15 Pro to flaunt a 6.4-inch AMOLED panel with FullHD+ resolution. The bezels around are very small and there is a thin chin below. Vivo V15 Pro also comes with In-Display Fingerprint sensor.

Talking of Optics, Vivo V15 Pro will feature 48MP camera sensor. To be clear, It will capture 12MP picture and decompile it using pixel binning technology to make it 48MP picture. Vivo V15 Pro will have same Samsung GM1 sensor which we have seen in Redmi Note 7 device. The 48MP primary camera is coupled with 8MP and 5MP camera sensor. For the selfies and video calling the device sports 32MP popup camera.

Vivo V15 Pro will be available in India from February 15 for prebooking. The device will officially launch on February 15. The Smartphone is expected to price above Rs. 25,000 in India.