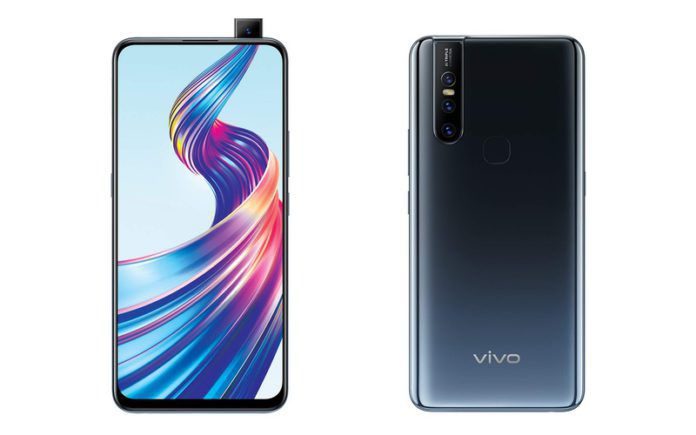 Vivo V15 is powered by MediaTek Helio P70 chipset paired with 6GB RAM and 64GB internal storage. Furthermore, It has triple card slot so you can also expand the storage using MicroSD card.

Talking of Optics, It has a triple rear camera setup which includes a 12MP primary sensor with f/1.78 aperture paired with an 8MP (f/2.2) sensor and 5MP (f/2.4) sensor with flash. For the selfies and video calling it houses 32MP (f/2.0) pop-up selfie camera similar to the Vivo V15 Pro.

Vivo V15 has rear-mounted fingerprint sensor that means the company is not using In-Display sensor for saving some cost. Most likely it will have an LCD display which is yet to be confirmed.

The device runs on Android Pie based on FunTouch OS and packs 4000mAh battery which can be charged using MicroUSB cable.

Buyers will get a one-time screen replacement for free in the specific time period.