Samsung is planning to regain their lost market using Galaxy M and Galaxy A series and Vivo decided to give tough competition by launching two new smartphones in India. The 91Mobiles reported that The Chinese OEM is all set to launch two new Vivo Smartphones in India.

Vivo has launched Y series smartphone in the past like Y81, Y93, Y71 and to make it look less confusing Vivo will use single digits model number. As per the sources, one of the devices will have a triple rear camera setup which is likely to be the higher end variant Vivo Y5 While the Vivo Y3 will have a dual rear camera.

Both the smartphone is expected to launch at the end of this month during IPL events. Vivo is the title sponsor of IPS and that is why Vivo might launch it during IPL. The IPL tournament will kick off on March 23. 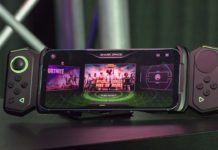