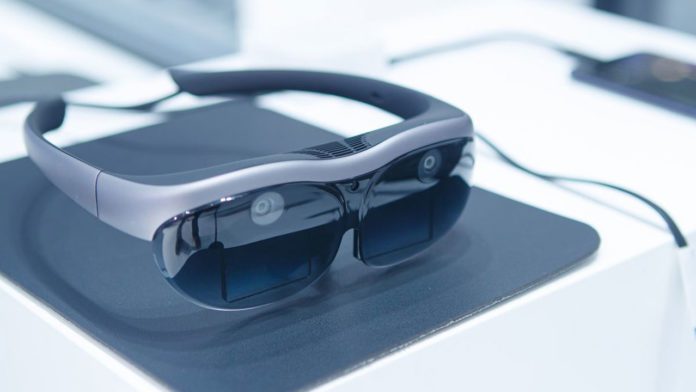 Before you go further, I want to say, I am a huge fan of Microsoft Hololens. And Hololens 2 is sweet, expensive, powerful and my sweetheart. But unfortunately, a new Hololens 2 Kit is not developed for normal users. Remember that Tony Stark’s smart spectacle that just shows up everything in front of eyes, how cool is that, isn’t it? With Hololens 2 you can touch things in AR, zoom it, zoom out and rotate. Anyways, let’s take a look at the Vivo AR Glass.

Vivo AR glass is the new toy launched at Mobile World Congress, Shanghai. The AR glasses are still part of development. In other words, the company has just showcased prototype. It would launch in the market by the first half of 2020. However, the new Vivo AR Glass doesn’t seem promising at first. I can say, it is a basic AR set that the company has launched to get into AR Glass game.

Well, a prototype product, so-called new Vivo AR Glass is a lightweight headset with the two transparent displays and 6DoF (6 degrees of freedom). This means new AR Glass can track different orientation as well as positions of your head when you put it on your eyes. Now, unlike the other AR Glasses, they connect with the Vivo smartphone via cable. The old traditional ways.

Vivo is putting sexy into their AR Glass. New AR Glass can perform a total of five activities as announced on the stage. And it includes gaming, office work, facial recognition, object recognition, and 5G theatre. So, everything you have imagines right now in your mind (if you have) could be possible with the Vivo AR Glass. Like you can tell your phone to recognize people’s face through scanning Vivo AR Glass. It will show you info right in front of your eyes.

Remember Google Smart Glass? It uses Google’s machine learning techniques that could do even better compared to this new AR Glasses. Google Smart glass can show up the hotel recommendations in front of your eyes when you wear it and it shows off the live directions. Further, it can also help to stream live everything glass sees when you have worn.

In one of the promotional video from Vivo, there is a person shown who is playing the game at the dinner table by keeping Vivo AR Glass on the eyes. However, it appears to have some graphic treatment through computers. So, the actual result might vary. It is kind of nice to see the technology on AR Glasses.