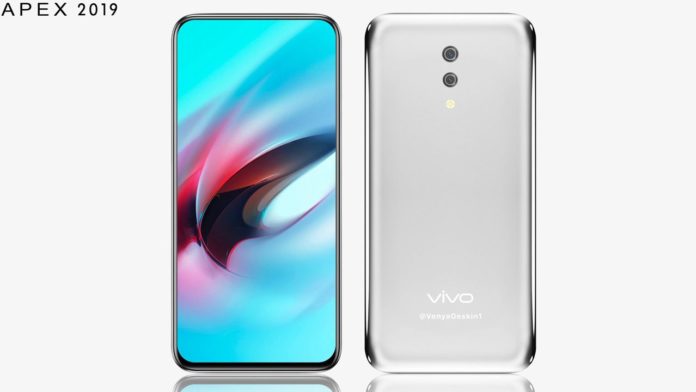 Vivo is now working on the official launch of its upcoming beautiful device Vivo Apex. Today, eventually, before the official launch, there are some images of Vivo Apex 2019 leaked on the web. The images show a full-screen device with no bezels which are allegedly Vivo’s upcoming Apex series device without a selfie camera and larger screen-to-body ratio in any smartphone yet.

Vivo’s most controversial device was Vivo NEX and Vivo NEX 2. In the Vivo NEX, the company has firstly introduced a pop-up selfie camera to provide a larger display while in NEX 2, the company has installed dual screen (one on the back) and removed the selfie camera. From the images, it seems the Vivo Apex will be the most beautiful phone with a full-coverage front display. 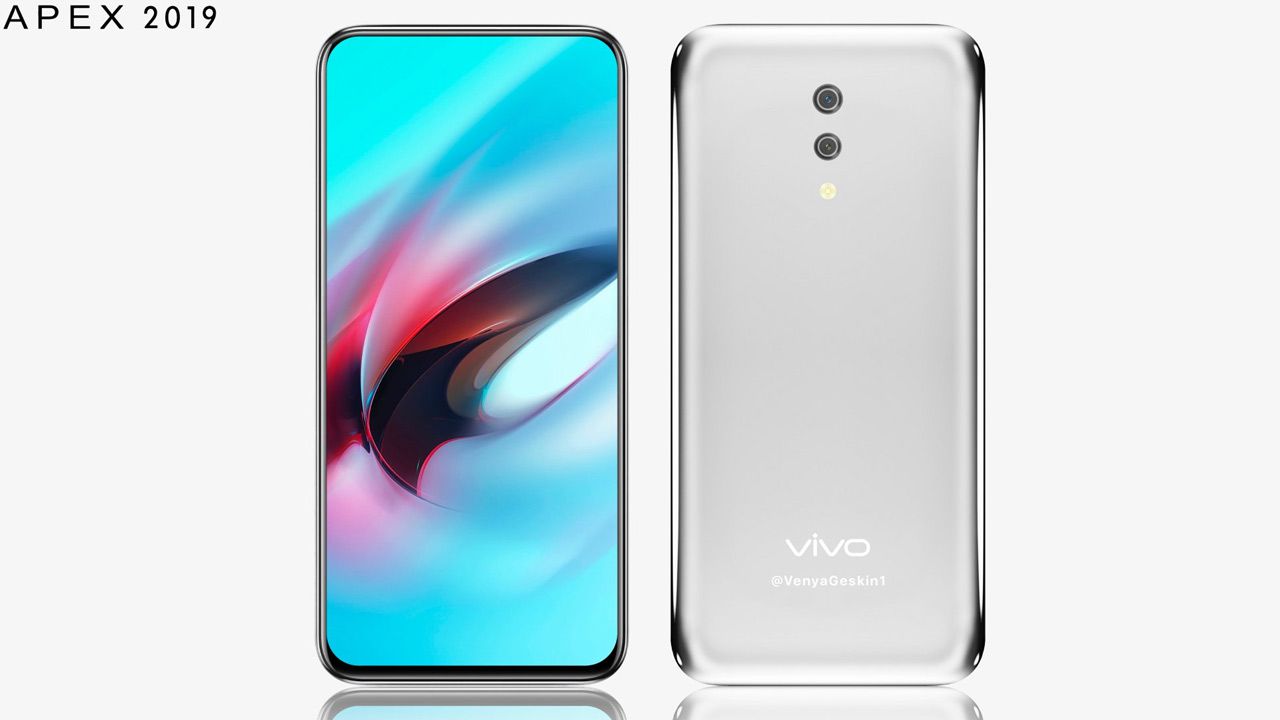 Now, moving eyes over the leaked images which show design, the silverback with the two cameras gives the premium look. There will be a LED flash as well. But, let me get to the point which makes it classy. The rounded sides and no buttons. Feel free to watch the video attached below. The edges of this device are rounded off which gives it a pebble look. Further, there are no buttons on the side such as a power and volume keys. Nothing could surprise us more than these changes. Also, the video also shows the absence of ports in mobile phones. Although there could not be a phone without charging phone whatsoever.

The phone might rely on the wireless charging. But, in 2019 we don’t have the tech, especially for smartphones which can charge any device faster using wireless charging. It could not be convenient. Also, I am having a question about the SIM card tray. If it’s not there, the company might deliver the phone with an e-SIM feature which is only applicable in some limited regions.

So, what do you think about this phone after watching the video?