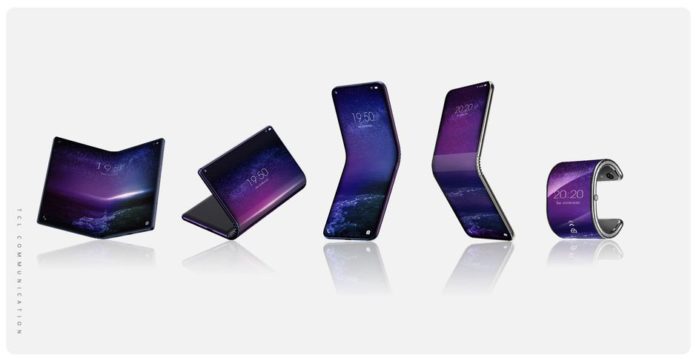 A Chinese company is best known for selling budget television and also selling smartphone under the Alcatel brand name. A recent report says that TCL is working on a foldable smartphone that turns into the smartwatch.

TCL is working on at least 5 new foldable gadgets: two smartphones, two tablets and one smartphone that turns into the smartwatch.

The images are introductory and company might change their plans. It’s yet unclear that when this smartphone will hit the market. We don’t even know yet if the company is planning to launch outside of China.

Most of the smartphone manufacturers are working on a foldable smartphone and that is why Google announced that their upcoming Android Operating system Android Q will support the foldable display officially.

Are you excited about foldable smartphones? Let us know in comments below.