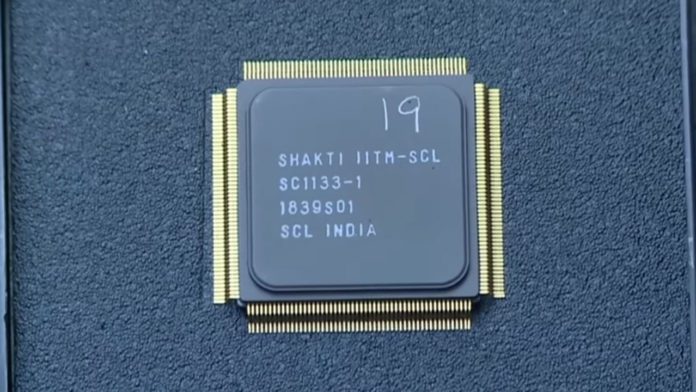 Back in October 2018, at the IIT (Indian Institute of Technology) Madras, a group of engineers managed to develop and boot up the first microprocessor which called — Shakti. It’s an incredible breakthrough by the Indian IIT engineers. Well, today, it appears Shakti processor is ready for an app development support. IIT Madras has just release Software Development Kit today on Gitlab.

The Shakti processor is first built in India microprocessor which can be used in smartphones in place of imported processors. It is built by following international standards. The Shakti processors allow for various clock speeds based upon the different requirements of the end-users device. It also can be used for IoT (Internet of Things) and wireless networking systems. It is a first RISC V processor which completely designed and made in India.

With the SDK release, IIT Madras has also promised that the development board will be released soon. The project Shakti was initially started in the year 2016 and after two years they successfully built India’s first very own microprocessor.

Now, the processor will be released in the market with the six different classes. According to their class, the processors are targeted to different devices such as for smartphones, for smart home gadgets, etc. These six classes include E-Class, C-Class, I-Class, M-Class, S-Class, H-Class, T-Class and F-Class. Among them, T-Class and F-Class are in experimental status right now. Each different class will be marketed separately. Furthermore, the processors will be competitive with the commercial offers based on power consumption, area, and performance.

Have You Checked Huawei News?
Google Gets Green Light to License Android OS to Huawei

E-Class processors are built around a 3-stage in-order core. It is aimed at low-power and low computer applications such as smart-cards, IoT sensors, motor-controls, and robotic platforms.

The C Class is a controller class of processors, aimed at mid-range application workloads. The core is a highly optimized, 5-stage in-order design with MMU support and capability to run operating systems Linux and Sel4.

This is a mobile class processor with a maximum of 8 cores, the cores being a combination of C and I class cores. In typical configurations, it is expected that a core complex of 2 or 4 cores will share an L2 cache. L3 caches are optional and are typically expected to be used in desktop type applications.

FYI, L2 cache means Level 2 cache. It is an additional memory bank into the CPU which stores cache data.

The S-Class Shakti processor is aimed at Workstation and Enterprise server workloads. The base core is an enhanced version of the I-class, with quad-issue and multi-threading support. Cores are expected to use dedicated L2 caches and segmented L3 caches. A maximum core count of 32 will be supported.

H-Class Shakti processor configuration aimed at highly parallel enterprise, HPC and analytics workloads. The cores can be a combination of C or I class, single thread performance driving the core choice. Optional L4 caches and an optimized memory hierarchy is key to achieving a high memory bandwidth.

More Interesting Stories For You