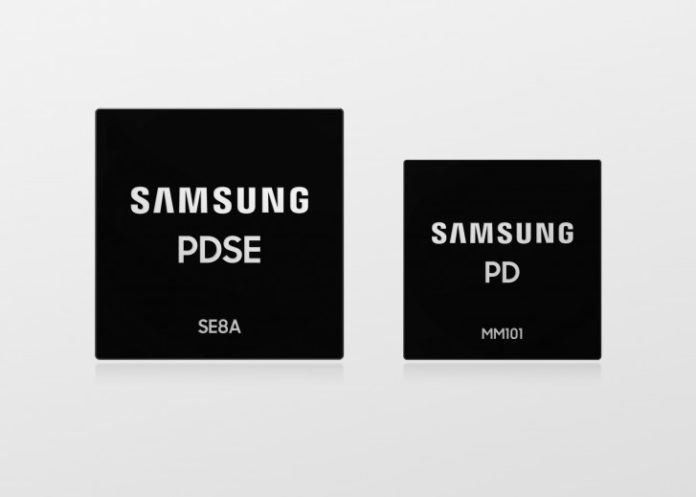 Samsung wants to bump up its charging speed by using its new generation controllers. The company announced its two new controllers dubbed SE8A and MM101 which features built-in embedded Flash that can supply up to 100W of power across all the gadgets.

The new chip will offer USB-PD 3.0 which can effectively manage the charging speed and only works with the certified charger that comes with the smartphone/ tablet to ensure the safety of the device. 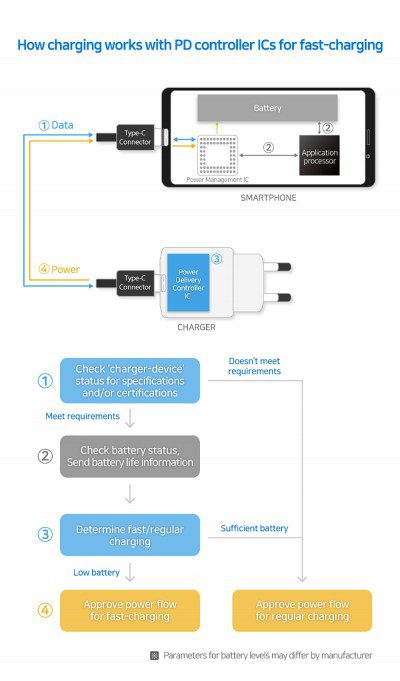 The 100W chargers can power any gadget such as Smartphone, Tablet, and Laptop. SE8A and MM101 come with built-in flash storage which allows upgrading the firmware easily. The controllers also receive security certificates to allow or disallow data transmission.

Samsung mentions that SE8A is currently under-sampling that means it’s still under testing while the MM101 is already under mass production. The release date is still unknown but as one chip is in the mass production we can expect its release soon. Although Samsung may launch both the chips together.