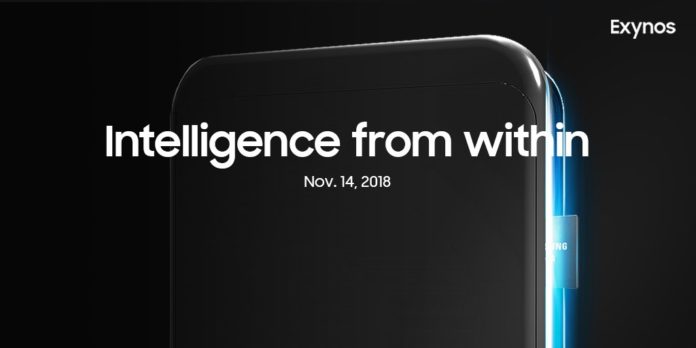 Samsung Exynos 9820 will house a new technology and two Artifical Intelligence core and that is why the company mentioned in the tweet, “Intelligence from within”.

Yeah, Samsung is a little bit of late to launch their first 7nm chipset in the market. But… but it is for some obvious reasons. The S10 will not only be featured for its chipset. But as we have heard earlier leaked/rumored information, the S10 will have some exclusive features like ultrasonic in-display fingerprint sensor, under display camera, full-view display with almost 95% screen-to-body ratio.

So, the chipset name is unknown yet. However, as far we know, it will be the new generation of Exynos 9810. So, it might be called Exynos 9820. And reportedly it will be faster than existing Exynos 9810, currently installed on Samsung Galaxy S9 and S9 Plus. The new Exynos chipset will have two Artifical Intelligence cores. So, that means the chipset is designed to be more powerful that it can understand the human brain and to communicate with them. Let me make everything simple for you to understand. Samsung has created the processor to perform AI applications which will have provided their own cores to perform the operations.