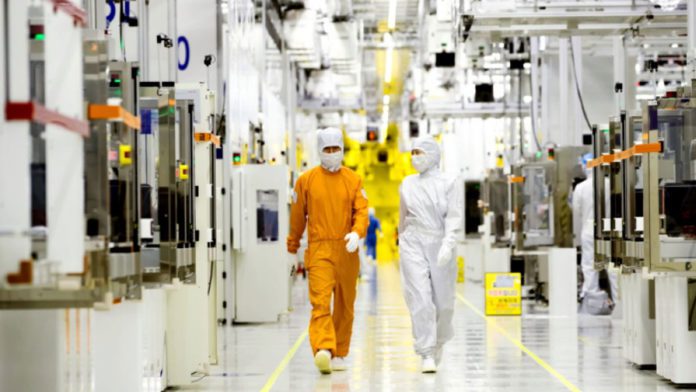 It appears Samsung is internally working on its 5nm chipset which is supposed to hit the market by the end of 2020. Recently, Samsung Foundry has been certified tools from the Cadence and Synopsys to start the manufacturing 5nm chipset. The manufacturing process uses the Extreme Ultraviolet Lithography method.

Now that Samsung Foundry certified the Cadence Full-Flow Digital Solution and Synopsys Fusion Design Platform tools for its 5LPE (5nm Low-Power Early) technology. According to the reports, upcoming Samsung’s 5nm processor will pack ARM Cortex-A53 and ARM Cortex-A57 cores. The new 5nm Samsung processor will offer higher performance. And with the tools certified, Samsung can determine the optimal power of the processor as well as the area (PPA) it will require.

Let’s dig in further technical information. Samsung’s new manufacturing process allows engineers to reuse the 7LPP IP on ICs which is designed for the 5LPE. That means it will add all the features that latter provides. Samsung’s 5LPE technology is based upon the FinFET transistors uses both EUV and DUV step-and-scan systems. Furthermore, the new technology improves chipset efficiency by 25%. So, the overall power consumption will be reduced by 20% while improving the performance by 10%.

Previously in our article, we mentioned that both companies can also develop 3nm processors which would be more power-efficient and deliver the high-level performance you have never imagined. Back in 2016, TSMC first announces that the company has plans to manufacture 3nm semiconductor manufacturing plants with an investment of around $15.7 billion US dollars. However, the company has announced that it would release the first 3nm chipset in the year 2022.

To manufacture the 5nm processor, Samsung will require to put on more EUV layers. And this production line will cost around $4.615 billion to Samsung. The company has yet to start the production plant which will be ready by 2019. So, the mass production of the 5nm chipset will start in 2020.