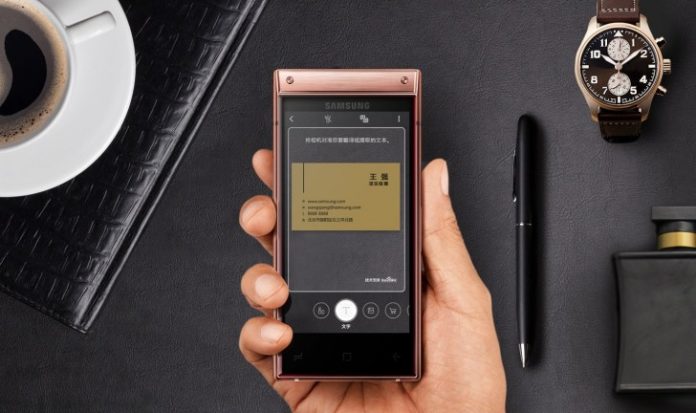 After tons of leaks on various sources, Samsung new double display smartphone has been launched in China. The phone has two AMOLED displays that you can use when it is unfolded as well as without folding it. It seems the Samsung wants to re-create the trend of phones having navigation keys. Yes, the new W2019 phone will feature a hardware navigation keys with the number dial pad.

Before… before you get hypes, let me tell you the phone is exclusive to China. So, that means the company has not planned to make it available globally.

I don’t want to make you bored. So, as I said earlier the W2019 sports the two super AMOLED displays. So, that you can use the phone in both — unfolded as well as in folded conditions. The displays are 4.2″ Full HD display. And both the displays have the conventional 16:9 aspect ratio having a resolution of 1080 x 1920 pixels. 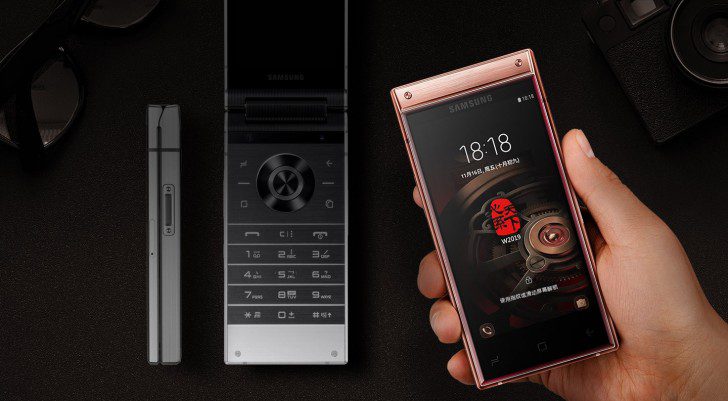 The device offers the retro look. With the keypad navigations and dial pad, it is obvious you will get the same feel like the older one. Well, the company has also provided a side-mounted fingerprint sensor. The phone is made of the anodized, diamond-cut aluminum and glass. However, you might think about the thickness. And indeed it is thick. The thickness is 17.3mm. And for a smartphone, this is too much thickness. Even the laptops are now thinner.

Now, with the retro design, the handset has quite powerful internals under the hood. W2019 fueled by the Snapdragon 845 chipset paired with 6GB of RAM and 128GB of internal storage. It also comes with another storage option of 256GB. And if you still think it is low, you can expand it via microSD card. It packs 3,070 mAh battery. But, the device comes with the USB-C connector. 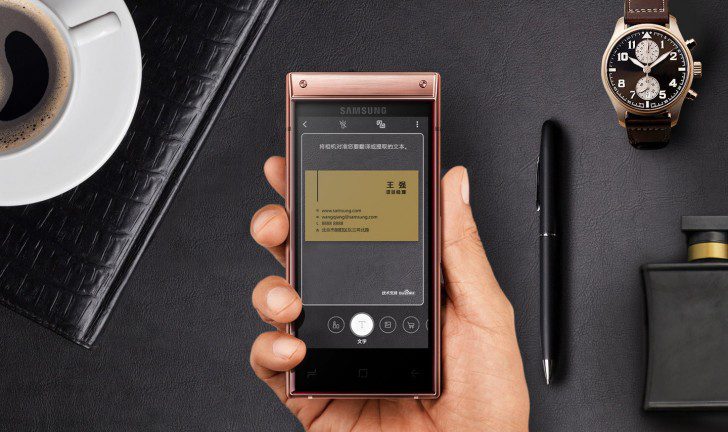 Out-of-the-box the device will run over Samsung’s own user interface atop Android 8.1 Oreo. Further, the company will also provide the Android Pie update in the future. One more thing I have to mention is, there also a dedicated virtual assistant Bixby provided. So, you can use to ‘make your tasks easier’ by just pressing a button provided on the side. 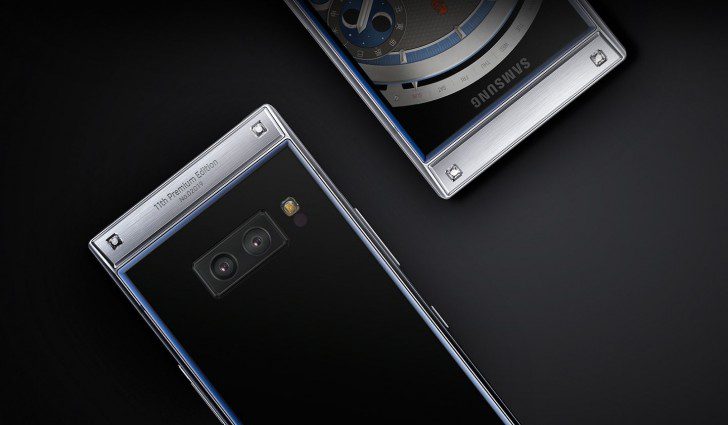 On the rear side, there is a dual camera setup has been provided. As the company said, the cameras this smartphone are straight out of Samsung Galaxy S9+. The primary camera contains a 12MP sensor with the variable aperture between f/1.5 to f/2.4 aperture. And another one is the telephoto lens for 2x optical zoom. The front camera has an 8MP sensor having a f/2.0 aperture.

The new W2019 will be available in two different colors Silver and Gold colors. However, yet the company has not unveiled its pricing. But, if you want to know the rumored price, it is around Rs. 1,82,000.