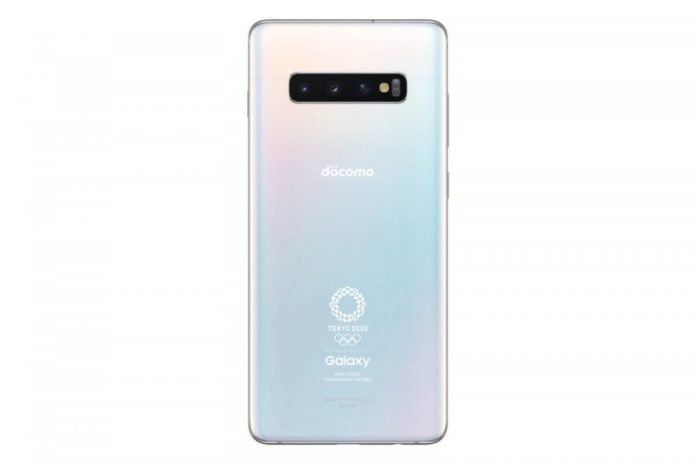 Samsung unveils its Olympic Game Edition Samsung Galaxy S10+. Samsung has been a sponsor of the Olympics Games since 1998 and the as tradition company will launch its special edition device.

Samsung Galaxy S10+ Olympic Edition Smartphone will get logo of the Tokyo 2020 games on the Galaxy S10+ Prism White version along with carrier information. Not only phones but even Samsung Galaxy Buds get the Olympic Game Edition.

Samsung will manufacture only 10,000 devices of Olympic Device Edition. Docomo is the carrier partner of Galaxy S10+ Olympic edition and will sell the device for JPY ($1,000/€900) for a unit starting from the July end.