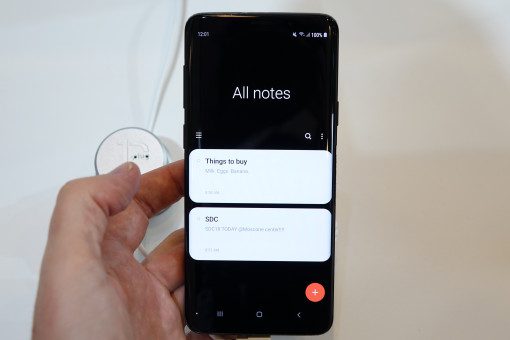 Samsung Developer Conference just kicked off two days and the company has introduced some of the exciting things. And the one for what everyone was excited is Samsung’s foldable smartphone. But… but there is also one more thing that we have never expected from Samsung is the new ‘One UI’ – a new completely changed user interface. It seems the company is moving towards the clutter-free interface and improved the user experience.

The new One UI has a lot more changes. One UI has newly redesigned application icons compared to the recent one, some of the new animations. Further, it also changes the colors of different apps in order to make better interactions for the users with the particular app.

Well, the most controversy is going on right now is the new ‘Night Theme’ feature in One UI. The Korean Giant has planned to push the Dark mode in all Samsung device which will run on new One UI. The Night Mode changes all the application background in black color which significantly improves the battery life for the devices which use the OLED display.

The new One UI software experience is currently available on Samsung Galaxy S9 and S9+ devices. But according to the company, the OneUI will not be available for all the Samsung devices out there. So, it is clear the company’s goal is to hit the new One UI on the premium flagship smartphones. The software for Galaxy S9 and S9+ is still in Beta and stable version will include the Galaxy Note 9. However, there are chances it also is available on the Samsung Galaxy S8 and S8+ as well as the Galaxy Note 8. Because still it is not confirmed and the names are even not mentioned by the company during the event.

Galaxy S8 series and Galaxy Note8 will also get One UI.

Although, as we think, these devices are promised to get the Android Pie Update. So, the company might also push the One UI with the Android Pie. Further, today the well-know leakster Ice Universe has made a tweet in his profile where he says the One UI will be hitting on S8 series and Note 8 as well. So, this might make you hyped.