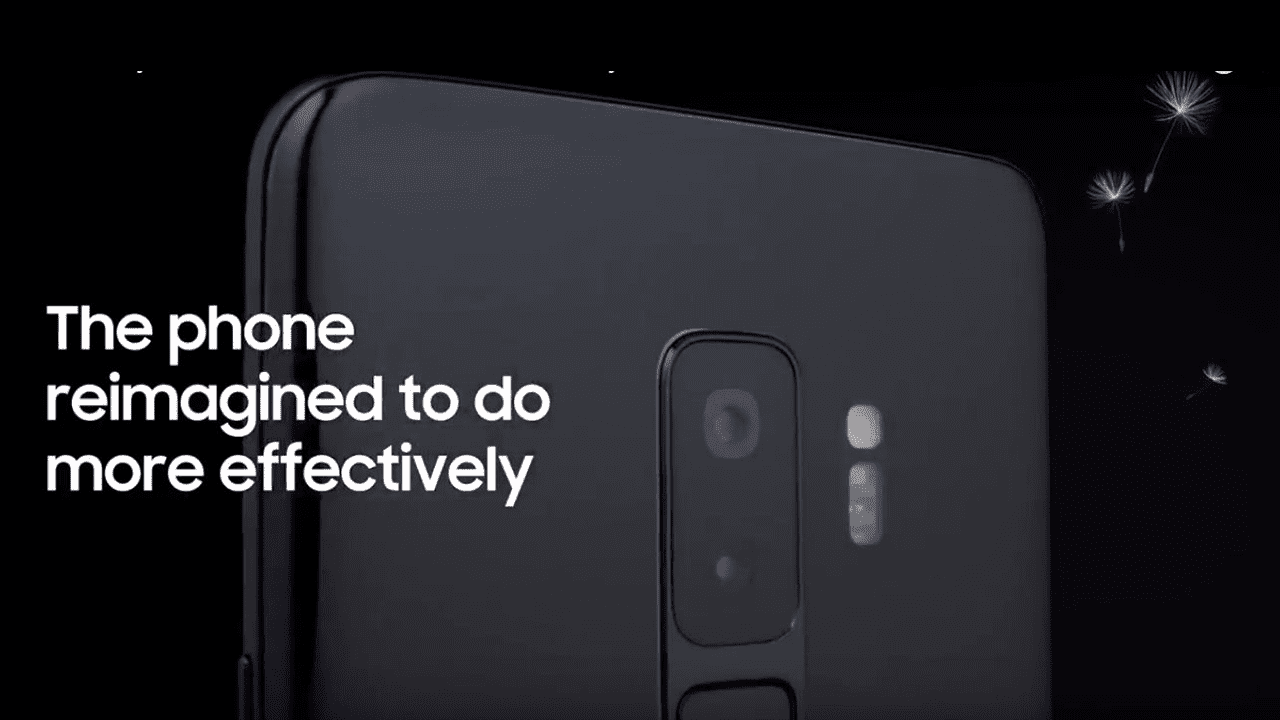 Samsung Galaxy S9 is around the corner. It will most probably launch on 25th February 2018 and here one of the video leaks from Samsung which is leaked by slashleaks.

The original video was deleted so moderator from slashleaks reuploaded the video on youtube. We can confirm that this video is original and not any concept. It does have beautiful infinity display just like the Samsung galaxy s8, maybe better than s8. The video started with the design and after that, they focused on the multitasking function. They also improved Samsung Dex. As the older models, Galaxy S9 is IP68 certified water resistant. Samsung Galaxy S9 has a dual camera setup and it has some kind of new technology.

Samsung implemented new AR Technology which is far better than AR Stickers or Animoji. It will show the name of the things whenever you point the camera at the object. This device will come with Samsung Knox 3.1 which is great security platform.

Biometric IR Sensor is present in S9 which will instantly recognize the human’s eye also fingerprint location has been changed below camera so it will be easy to reach fingers at that position.

They are seriously putting a lot of efforts on security this time. Video says it all, Samsung included much stuff to make their device more secure with software and hardware. To provide better security for long run they will be providing the security updates for next 4 years.

Samsung put a tagline of reimaged and they really did, Better Infinity display, Security, Software, AR Camera, super slow motion camera and lot more. I am really in love with this device.

If this feature and design don’t convince you to buy this device then I don’t know what will.