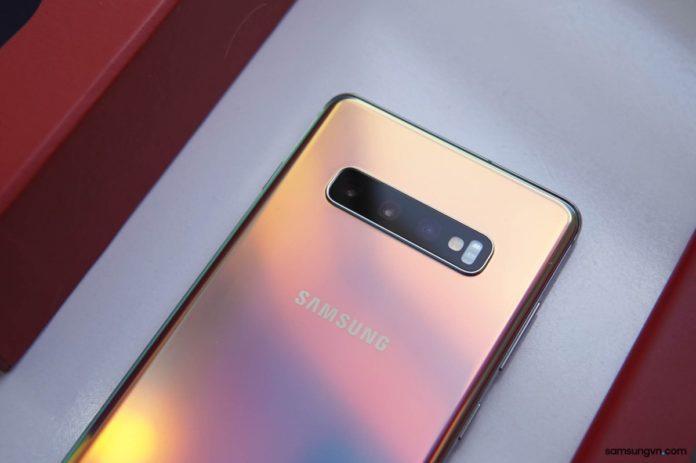 Samsung has never been new in the smartphone market to launching a new limited edition of newly launched phones. Well, in the majority of cases Samsung launches phones in a new color. And by keep following that trend, this time the company has launched Park Hand Seo limited edition Galaxy S10 Plus comes in new Prism Silver color. The South Korean has just launched Galaxy S10 pair in Cardinal RED and Olympic Games edition.

S10 Plus Park Hand Seo edition will go on sale from June 16 with a price tag of VND 23,990,000. Roughly it makes around INR 72000. The phone comes with the designed red colored box with Samsung wireless power bank and Park Hang Seo case. This Park Hang Seo case is NFC enabled and when the user puts it on S10 Plus device, it automatically applies exclusive Park Hang Seo One UI theme.

For folks, who don’t know, Park Hand Seo is a football player. Currently, he is a coach of the Vietnam national football team. However, there is no change on the spec sheet. That means new limited edition S10+ comes without any internal or software changes. But, Samsung introduced a new Prism Silver color which in my opinion appears very sweet. I am a huge fan of Prism white color, that ordinary S10+ comes with.

We have to admit that this type of gradient finish cannot be easily captured with the camera. So, the actual visualization would be even more beautiful. However, you can take a look at the gallery below.