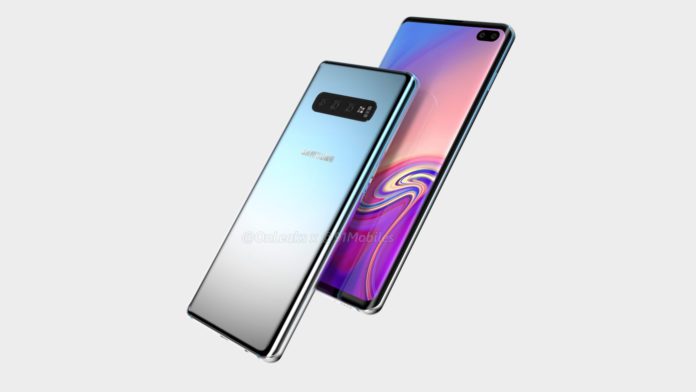 Talking about the specifications, Samsung Galaxy S10 will ship with a 6.4-inch Super AMOLED display which will support QHD+ resolution. The device sports triple rear camera at the back and the device looks a lot like a Note 9 from the backside. The camera includes an RBG lens, Telephoto lens, and Wide-angle lens.

At the front, the dual camera appears in the notch which is Samsung’s new O Display Technology. The demo shows off the bezels at the top and bottom of the device. Although in an earlier leak of S10 screen protector the bezels were very minimal. Samsung Galaxy S10 Plus is likely to sport the highest screen to body ration in any smartphone.

Talking of the ports, Samsung is retaining the headphone jack which surely is great for those who still loves using their wired headphones instead of wireless headphones. You will see USB-C port at the bottom just like the other Galaxy devices.

ABOUT US
Right Brothers is the news and multimedia company founded in December 2018 to provide the depth information on smartphones and new technology.
Contact us: [email protected].com
FOLLOW US
© 2018-2020 Right Brothers News and Multimedia Co.