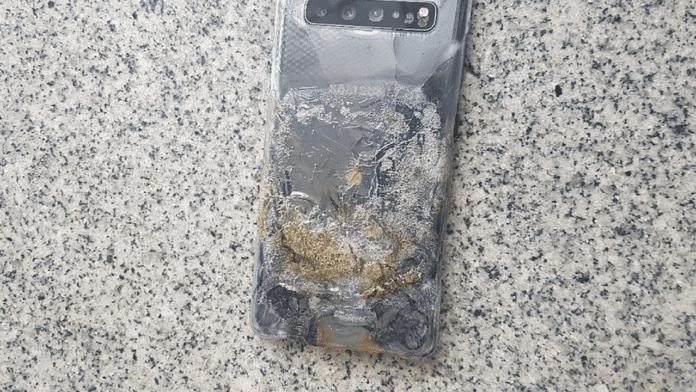 Samsung launches Galaxy S10 lineup in February. I am sure galaxy fans are quite happy and they are loving this lineup. The company is now busy in making its Galaxy Fold perfect. Because already tons of complaints from all tech reviewers are out there and the company has made its launch delay in some countries.

Although now, there is another new report coming out from Naver forums, a Galaxy S10 5G user shared some photographs of his device which according to him exploded. Really. Because photos are showing the same thing. Previously in the past, the company also faced accidents in their Galaxy Note 7 smartphones. There was a major drop in smartphone sell.

As he mentioned in his post, he brought that exploded Galaxy S10 phone to the Samsung service center and they said they cannot do anything with this phone because it has external damage. Although the user was looking for a refund or exchange request he did not get any.

However, the user has not shared any of the further information like how it got exploded. But, he wrote that he is looking for reporters and it might be a case that he will explain everything to them.

Samsung has the extremely worst past and bad present as well because of the Galaxy Fold device. But, for now, let me know what do you think about this story?