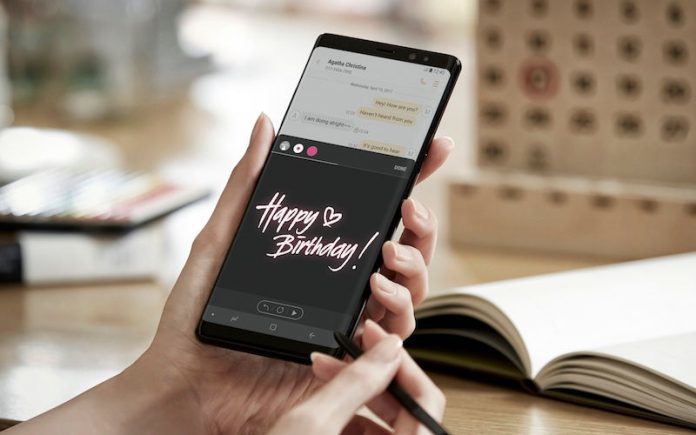 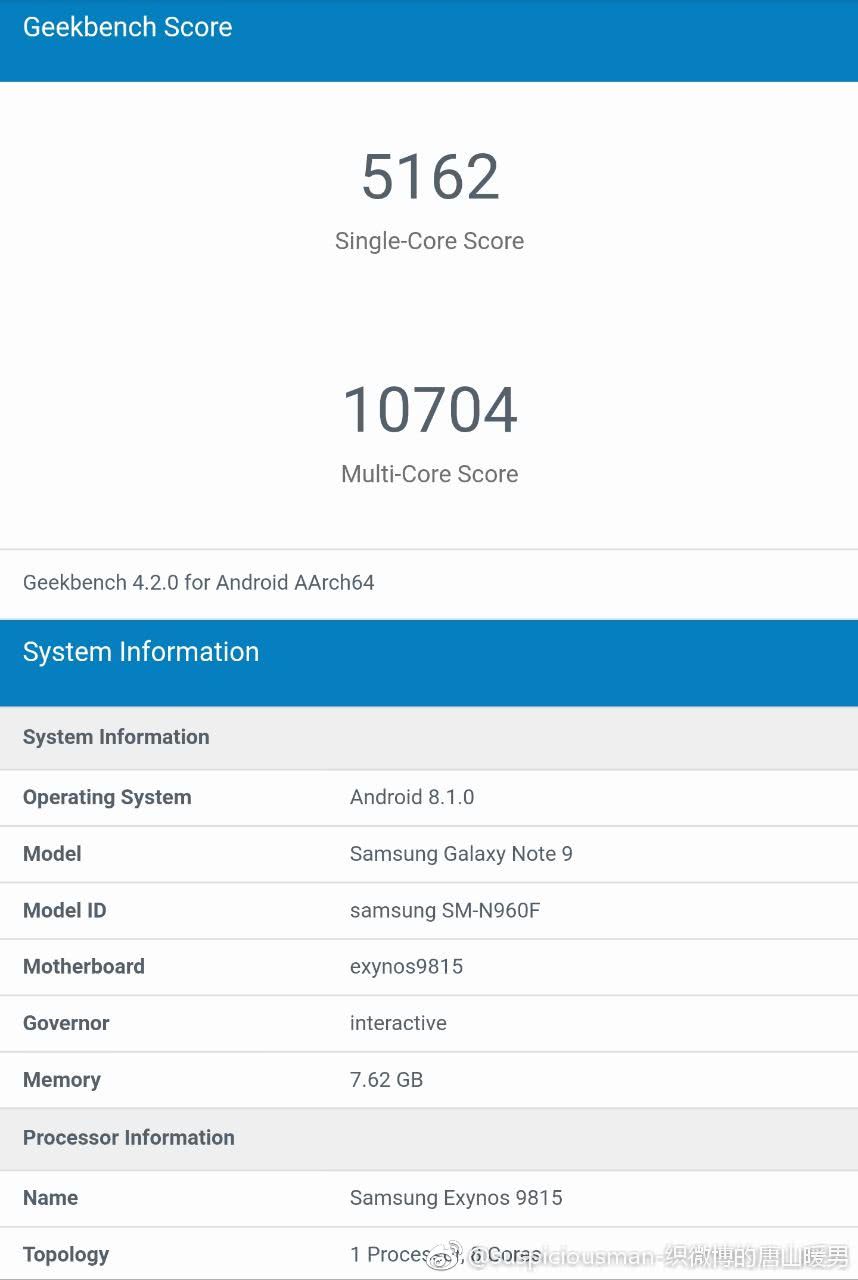 According to screenshots of a Samsung Galaxy Note 9 European running score released by users on Weibo, this new model of SM-N960F is not only pre-installed with Android 8.1.0 system but also equipped with 8GB of memory and equipped with With the new Exynos 9815 processor, the single-core and multi-core running scores are staggering. Among them, the multi-core score broke the extreme mark for the first time, reached an astonishing 10,704 points, and the single-core up to 5,162 results even left the A11 processor behind.

Galaxy Note 9 scores a massive on geekbench. It surpasses S9+, iPhone X, OnePlus 6 & Pixel 2. Samsung Galaxy Note 9 will have two variants one will contain Snapdragon Chip and other will contain Exynos chip. This benchmark score is of Exynos 9815 chip.

While Samsung scores highest scores let’s take a look at other competitor scores.

Samsung Galaxy Note 9 is not launching anytime soon, and there is no official or any leak that suggests the launch date. OnePlus 6 is on trend right now and this device will be launch on 16th May 2018. So, if you are interested in OnePlus news you can check out our archived posts.

In summary, Samsung Note 9 can now be determined to be equipped with a 6.4-inch full-view curved screen and will begin volume production this month, is likely to continue the Samsung S9’s fingerprint unlocking program and carrying Snapdragon 845/ The Exynos 9810 processor won’t surprise you as a whole. At present, the State Bank version SM-N9600 of Samsung’s Note 9 has been approved for radio transmission models and has full Netcom capabilities. It is expected that it will formally meet with us in late July or early August this year.