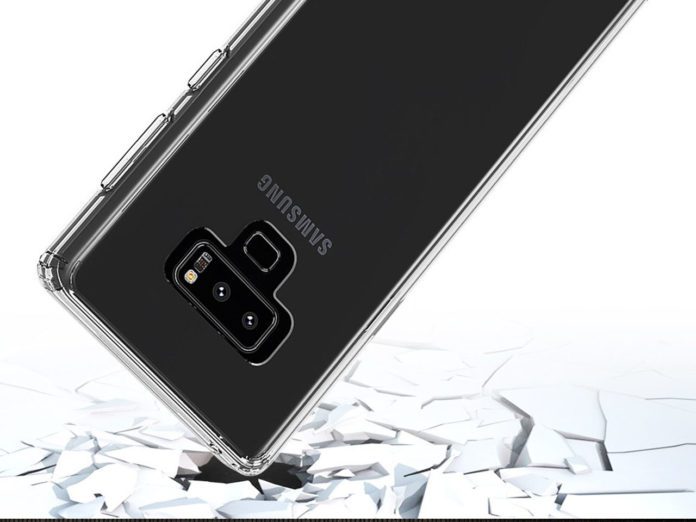 The Samsung Galaxy Note 9 launch is not so far from us. If you keep yourself updated we have already said the device will come on August 9 during the Samsung’s Unpacked event. Of course, the next-gen Note will have the better and upgraded internals under its sexy glass body. This rumor mill is very accurate and provides some interesting leaks about the Note 9 device. Until now we are familiar with almost every single specification that a Samsung fan is expecting from the upcoming Note device.

Firstly, the device was rumored with the under-display fingerprint sensor. This doesn’t matter to us. But, just for a reference, it will not have any UD sensor. As the company already facing some technical issues so the tech is not ready at this point. However, some other internals is waiting for us includes the ‘lovely’ Bixby assistant v2.0, 6GB of RAM, Snapdragon 845 SoC and horizontally placed dual camera setup. Wait… did I mention internal storage? The new rumor suggests that the company has plans to install massive 512GB internal storage.

Well, we have seen the Samsung Galaxy S9 and S9 Plus device with the 128GB and 256GB internal storage. But, the company has not taken off the cloth from such device that features 512GB internal storage. It is not surprising for us as we have seen huge storage in other manufacturers’ mobile phones such as recently headline hitter Asus ROG gaming smartphone.

Furthermore, the rumor suggests the company will not launch the device having 512GB internal storage in other countries. So, don’t be excited if you are not living in South Korea or China. Samsung will make upcoming Galaxy Note 9 with 512GB internal exclusive in China and South Korea. If people are lucky enough and Samsung will make some tweaks in the decision then there may be chances this variant touch your land. Cross finger for that.

The Samsung Galaxy Note 9 device will have the company’s signature design. So, if you don’t like ‘notch’ on smartphones, you can wait and go for this device.

The 512GB ROM of the Galaxy Note9 is only available in South Korea and China. pic.twitter.com/w4StxlFAv9

Subscribe to our Newsletter and join our Telegram channel for headlines, mobile news, and more quick updates.