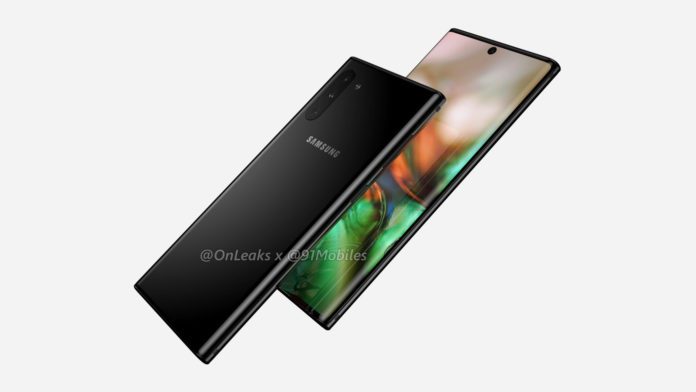 Samsung Galaxy Note is likely to be introduced in August this year. We still have a couple of months left and the leaks started popping over the internet. The exclusive news comes from 91Mobiles in collaboration with OnLeaks reveals the key specifications and design of Samsung Galaxy Note 10.

Samsung Galaxy Note 10 will retain the punch hole notch in its upcoming flagship device, The only change will be the position of the notch. The company will move the notch position to the center instead of either side. Samsung will use 6.3-inch QHD+ AMOLED display with very minimal side and bottom bezels. The device will also come with In-Display fingerprint sensor. The Samsung will use Dynamic OLED panel that will support HDR 10+ content and will have 1,440 x 3,040p resolution. 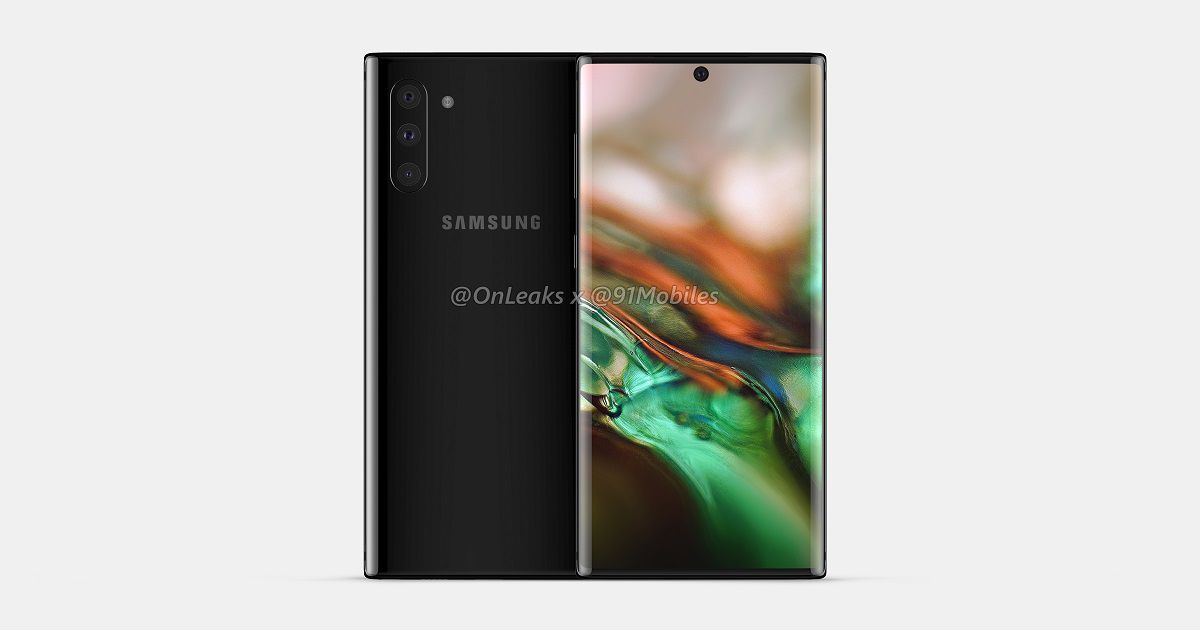 Samsung Galaxy Note 10 Rear Side is completely redesigned. As shown in the renders, Galaxy Note 10 has a glass back panel with a vertical camera position. The triple rear camera setup will likely be the same as the Samsung Galaxy S10+ (Regular Lens, Wide-Angle Lens, and Telephoto Lens).

Samsung is finally getting rid of the headphone jack from its upcoming flagship Galaxy Note 10. You might as well miss the Bixby button as the company has removed that button as well. The company announced its Galaxy Buds earlier this year and they are pushing their customers to use their wireless products more and more.

Samsung Galaxy Note 10 is expected to ship with Qualcomm Snapdragon 855 SoC in the United States and with Exynos 9825 SoC in the European and Asian regions. The device is rumored to support 45W fast charging and UFS 3.0 storage. Samsung is reportedly working on Galaxy Note 10 Pro variant which is unknown at the moment and can not be confirmed yet.

If you don’t want to miss out any other information in the future then make sure to follow our social media platforms.