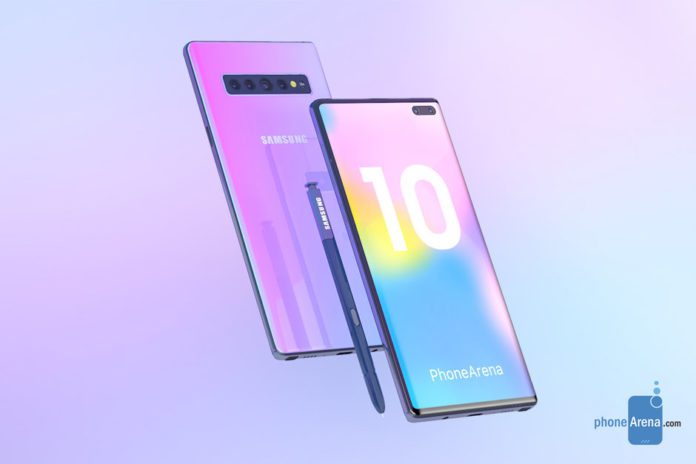 Samsung is working on its next-generation Note flagship from quite a while and we may see the device in next couple of months. Samsung Galaxy Note 10 recently appeared on the famous benchmarking website Geekbench that reveals the key specifications of the device. 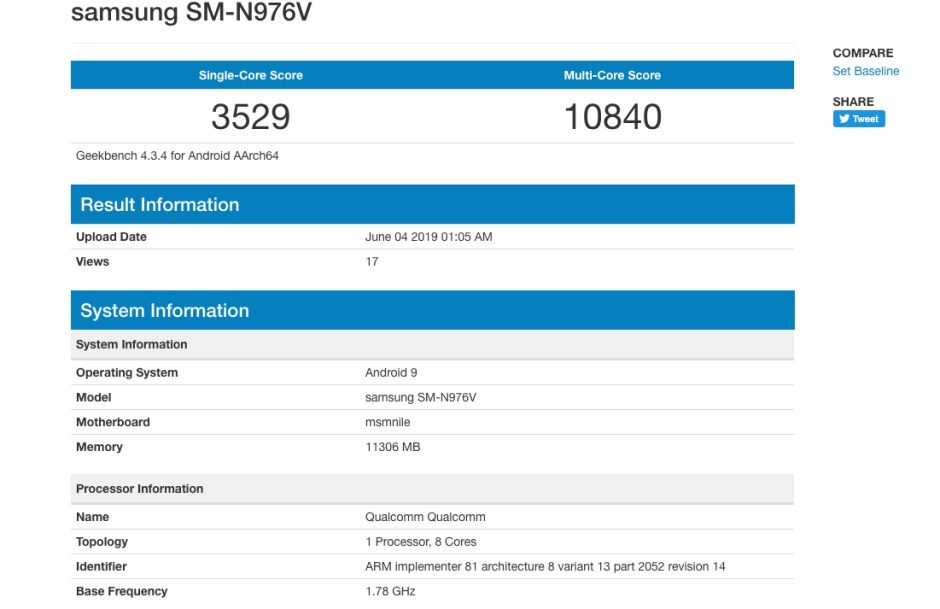 Samsung Galaxy Note 10 appeared on Geekbench has SM-N976V model number. The device runs on Android Pie based on OneUI and is powered by Qualcomm Snapdragon 855 chipset paired with 12GB RAM.

Apart from the Snapdragon variant, Samsung Galaxy Note 10 Exynos variant also appeared on Geekbench. The Exynos version of Note 10 carries SM-N976B model number.  The Samsung Galaxy Note 10 runs on Exynos 9825 chipset, a minor upgrade of Exynos 9820 with 5G modem support and 7nm fabrication process. The device appeared on Geekbench has 8GB RAM and runs on Android Pie based on OneUI. 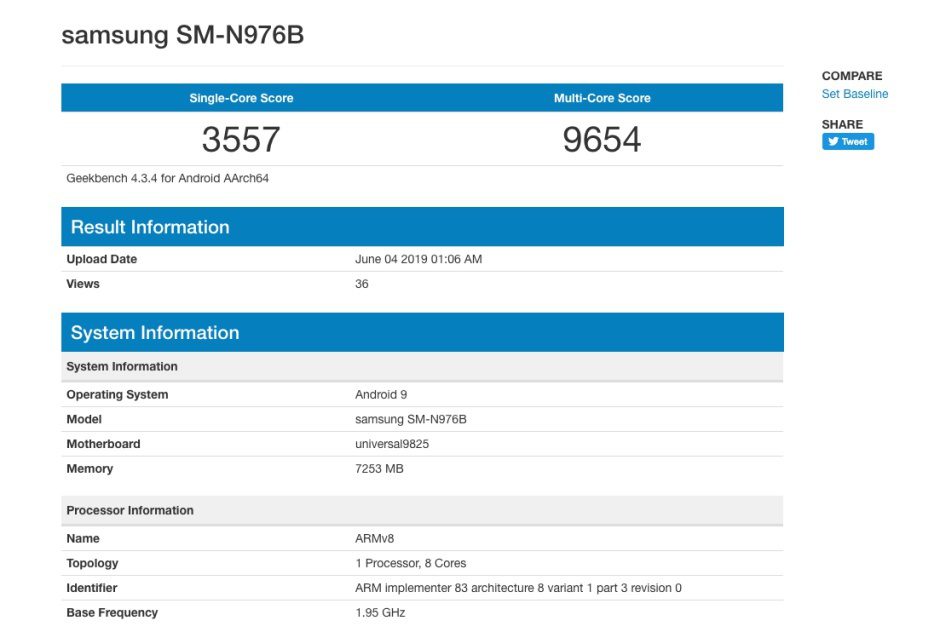 Samsung Galaxy Note 10 is expected to come with 45W fast charging support and might get rid of the headphone jack and physical buttons. The rest information is yet unknown and we will get more information as the launch comes near.

So make sure to follow us on our social media platforms for future updates.