Samsung is preparing for yet another M series launch and the company has already obtained the Wi-Fi certificate for the device. The new M series device is expected to be the M40 as the model number suggests. The new device listed on certificate carries SM-M405F/DS model number. 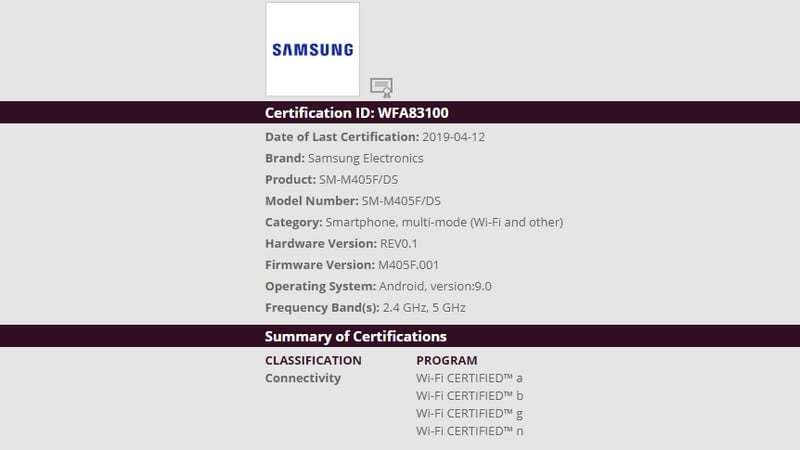 The Certificate doesn’t reveal much information but we now know that the device will launch with Android Pie out of the box and will support 2.4GHz and 5GHz Wi-Fi bands.

Samsung Galaxy may come with upgraded processor compared to Galaxy M30’s Exynos 7904, Super AMOLED Infinity V Display and Triple rear camera setup like Galaxy A50. Samsung M Series is online exclusive so the device will be available on Either Flipkart or Amazon.

Samsung hasn’t confirmed any launch as of now or not even started teasing it on a social media platform yet. So make sure to stay tuned with us for the future updates.