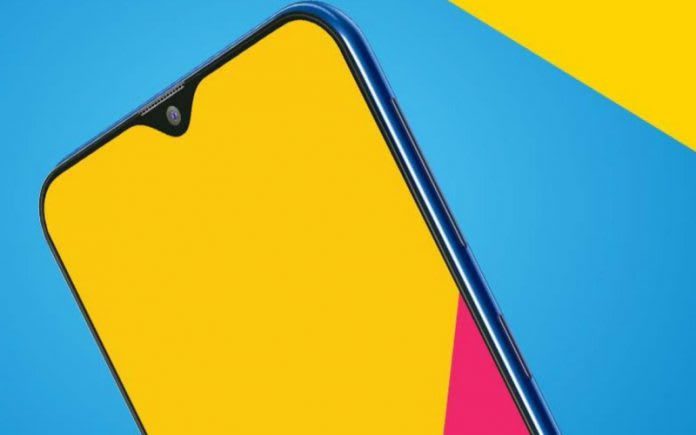 Samsung launched Galaxy M10 and Galaxy M20 last month at a competitive price. Both the devices are only available to purchase via Amazon.in. Both the device went to the sale on Amazon and sold out within a few minutes. While both the devices getting good response Samsung is working on another sibling Galaxy M30 to launch in India soon.

The recently leaked schematic shows us the first look at the Samsung Galaxy M30. From the front Galaxy M30 looks very similar to their siblings. It has Infinity V display which is AMOLED panel. A 16MP Front camera houses inside the notch. At the bottom, it has a significant chin which is common in the budget smartphone. The USB – C port is available at the bottom. 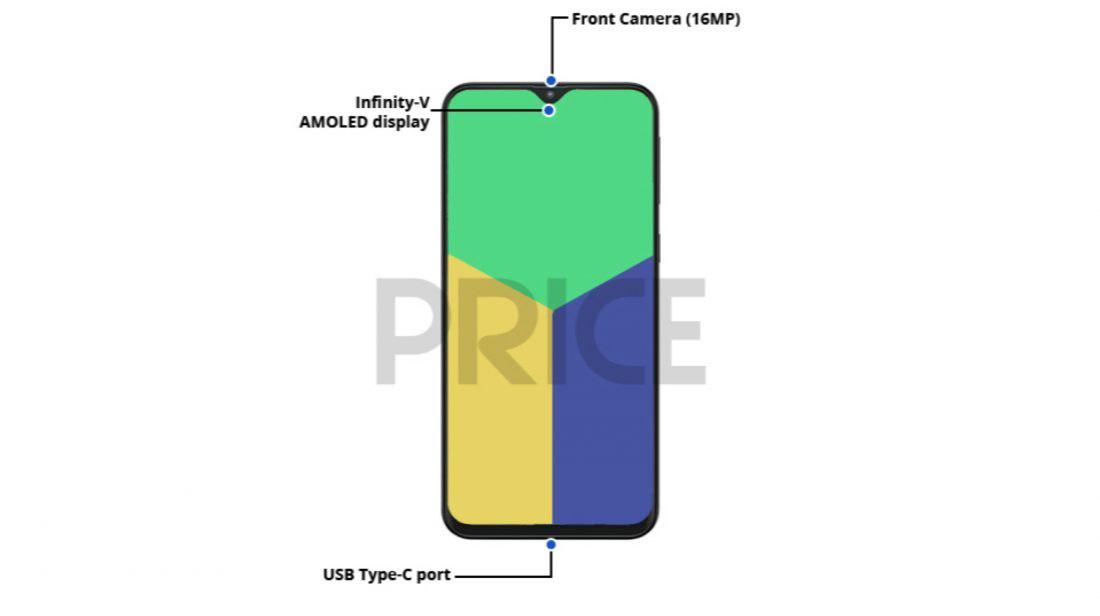 The back design looks very similar to the M10 and/or M20. It is made of Polycarbonate material and one of the available colors is blue. The Galaxy M30 to adopt the triple rear camera setup which house 13MP primary camera sensor coupled with 5MP secondary and another 5MP sensor. Below the camera sensors, We can see a single LED flash. The fingerprint sensor is right above Samsung branding. The Microphone is located at the top and the headphone jack will be available at the bottom.

Samsung Galaxy M30 is likely to sport 6.38-inch Full HD+ AMOLED display. The device is expected to pack Exynos 7904 chipset which was seen on the Galaxy M20 device. The phone will be available in 4GB RAM + 64GB Internal storage. Furthermore, The storage can be expanded via a dedicated MicroSD card.

The battery capacity will remain identical like Galaxy M20 – 5000mAh and it will also bring the fast charging support. The device is expected to launch in March 2019 below the price tag of Rs. 20,000.

Are You Excited? Will you buy it if Samsung launches it next month? Let us know in comments below.