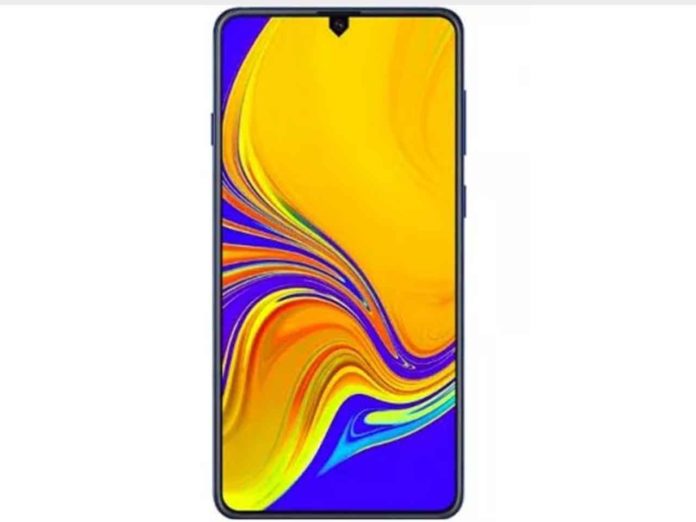 Samsung is working on a completely new series which will be launched in India in early 2019. As far as we know Samsung will launch three devices initially which could be Samsung Galaxy M10, M20, and M30. Earlier we covered all the details of Samsung Galaxy M10 and M20 and now M30 details are popping over the internet.

Samsung Galaxy M30 is also a mid-range device which will be priced under Rs. 20,000. The device sports Samsung’s In-House chipset Exynos 7885 which is octa-core chipset which is clocked at 1.59GHz. As the Geekbench always shows the lowest core clock frequency we can’t really tell the clock frequency of higher cores. 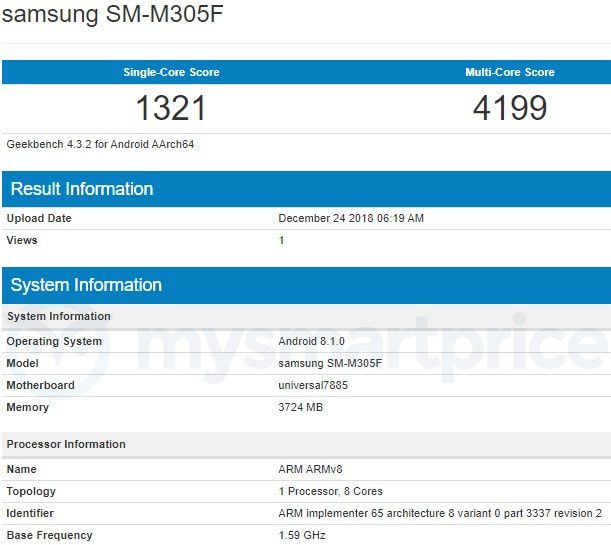 Alongside Exynos 7885, the device will have 4GB of RAM coupled with 64GB or 128GB of internal storage. It’s disappointing that we almost entered in 2019 and the device tested on geekbench still runs on the older Android 8.1 oreo version.

Apart from the Galaxy M30, Samsung is working on the Galaxy M10, M20, and M50 which will sport the AMOLED panel while the rest model will use the LCD panel. Samsung Galaxy M50 will be the higher-end variant of Samsung’s new series.