Samsung announced the launch date of their new series on January 28. The company will launch at least 3 devices later this month. But before the official launch, the pricing of the top two models has been leaked. Earlier this week specifications of the devices were leaked in the manual and now we have alleged pricing of the M10 and M20.

The report comes from the close source of 91Mobiles. The source also mentions that the price may change miss the mark a little bit. They added that the device will be sold on Amazon.in starting from March 5. 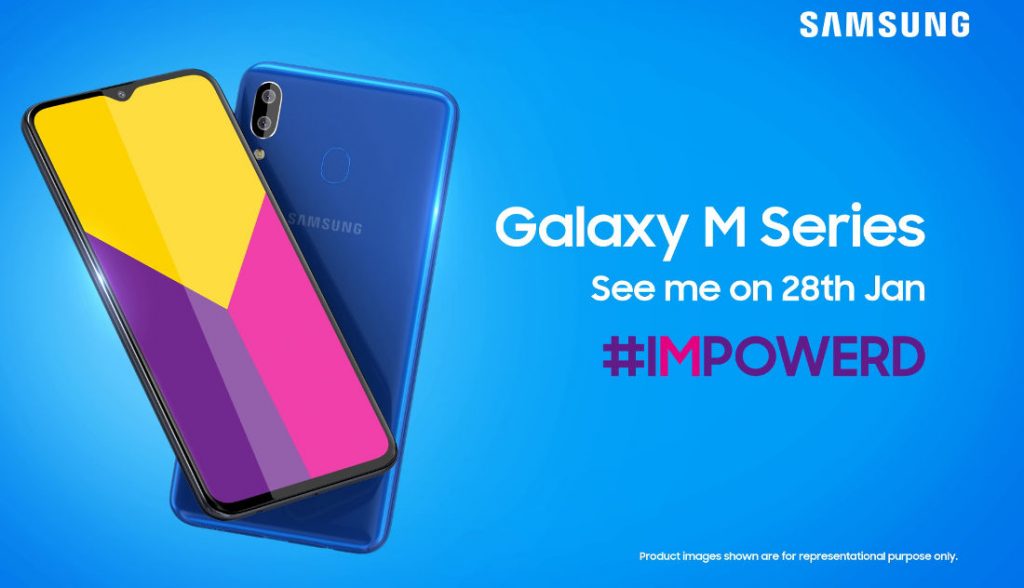 Samsung Galaxy M10 will flaunt 6.2-inch HD+ Display with Infinity V Notch at the top. The device is to be powered by Samsung’s In-house chipset Exynos 7882 paired with 3GB of RAM and 32GB of internal storage. Talking of the Optics, Galaxy M10 to sport dual rear camera, a 13MP(f/1.9) sensor coupled with a 5MP(f/2.2) sensor. The smartphone will pack 3400mAh battery and will be running on Android 8.1 Oreo.

Talking of its big brother Samsung Galaxy M20, It will have 6.3-inch Full HD+ Display with Infinity V notch at the top. The smartphone will be powered by Samsung’s In-House chipset Exynos 7885 paired with 3GB RAM and 32GB or 64GB internal storage. Furthermore, the storage can be expanded via MicroSD card. Talking of Optics, It will have 13MP (f/1.9) rear camera coupled with a 5MP (f/2.2) sensor. The device will be packed with 5000mAh battery and will be running Android 8.1 Oreo out of the box.