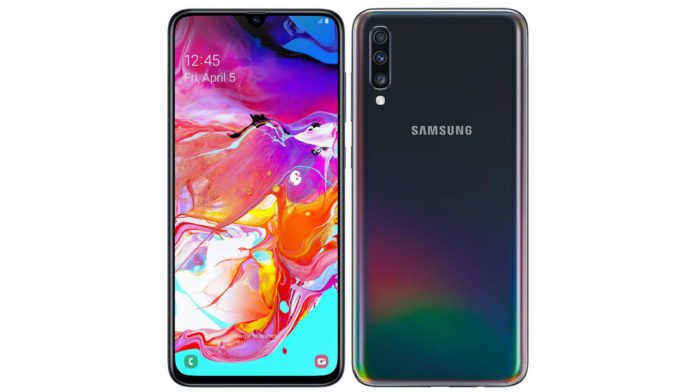 Samsung Galaxy A70 was introduced last month and the company finally launched it in India at the price tag of Rs. 28,990. Samsung has sold more than $500 million worth A series device in the last 40 months and the company will get back the number one position in India in this quarter.

Samsung Galaxy A70 features 6.7-inch massive Infinity U Super AMOLED Display with support of In-Display fingerprint sensor. The 20:9 aspect ratio of the device makes it tall and not for one-handed use.

Samsung Galaxy A70 is powered by Qualcomm Snapdragon 675 chipset based on an 11nm process which is paired with 6GB RAM and 128GB internal storage.

On the Camera front, Samsung Galaxy A70 has a total of four cameras. The triple rear camera houses 32MP primary sensor with f/1.7 aperture paired with 5MP depth sensor and 8MP 123 Degree Ultra Wide sensor with f/2.2 aperture. For the selfies and video calling it has a 32MP sensor with f/2.0 aperture.

The device runs on Android Pie based on OneUI out of the box. It packs 4500mAh battery which also supports the 25W fast charge via USB – C port.

Samsung Galaxy A70 Pricing and Availability:

Samsung Galaxy A70 is priced at Rs. 28,990 and will be available in White, Blue and Black colors. You can pre-order the device between April 20 to April 30 to get the extra benefits. Those who pre-orders the device in the time frame will get Samsung U Flex, Bluetooth headset worth Rs. 3,999 at Rs. 999.