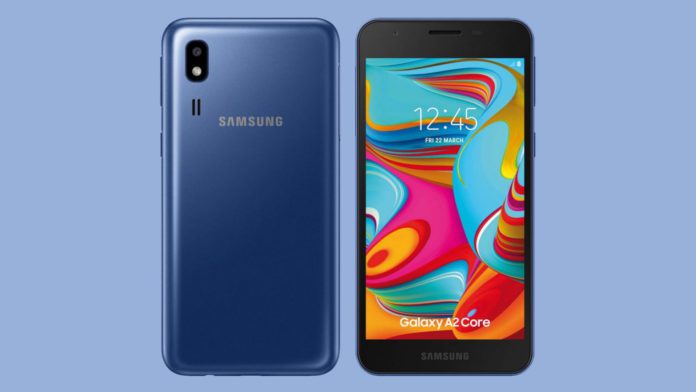 Seems, Samsung might be preparing its upcoming Android Go edition smartphone Galaxy A2 core. The company has plans to make it cheaper than earlier launched Galaxy J2 Core. Because recently, pricing has been surfaced online of this device.

Although, we went through its specifications while ago, we were not aware of its pricing at that time.  The rumors right now, giving us lead about its probable pricing. Samsung’s upcoming new Android Go device – Galaxy A2 Core could get the price tag around Rs. 5,300. Apparently, it is low compared to the Galaxy J2 Core which was the company’s first Android Go edition smartphone. It was launched with the tag of Rs. 6,000. The same you can get now for just Rs. 5,500 through offline retail stores as well as from online.

Galaxy A2 Core will be built from a plastic and sport an average 5-inches LCD panel with the qHD resolution. It will be powered by the Exynos 7870 chipset paired with the 1GB of RAM and 16GB of internal storage. And to fuel everything, there will be 2,600 mAh battery under the hood.

While we don’t know the exact date of the Galaxy A2 Core launch. But, it is supposed to be launched in the upcoming month.