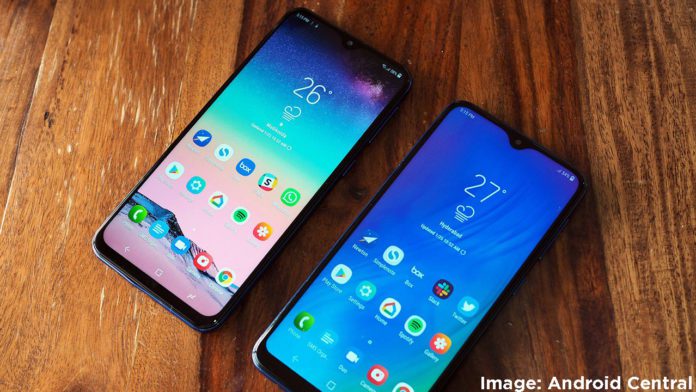 Samsung is gearing up to launch is yet another smartphone under M series in India. However, Galaxy M40 is not the only smartphone launching in India, Company is also planning to launch another device with model number SM-A107 which is said to be the Samsung Galaxy A10s.

Samsung Galaxy M40 to feature 6.3-inch Super AMOLED display. The device earlier appeared on Geekbench that confirms, it will be powered by Qualcomm Snapdragon 675 chipset paired with up to 6GB RAM and 128GB internal storage. It is expected to pack massive 5000mAh battery and its rumored to ship with a 25W fast charger.

Samsung Galaxy M40 to run on Android Pie based on OneUI out the box. The device will be available in Black, Blue, and Orange color options.

Samsung Galaxy A10s and Galaxy M40 will launch in India soon. Although the launch date remains unknown we can expect it to arrive in the Indian market by end of Q2 2019.