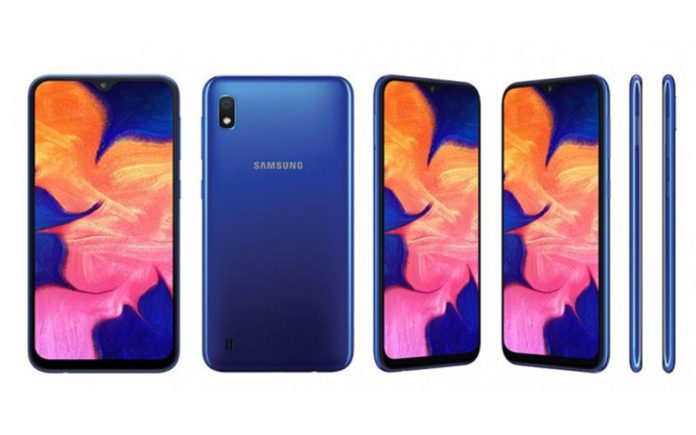 Looks like another Samsung Galaxy device is in preparation could get name tag – A10e. A new Samsung device today listed on Geekbench website with the model number SM-A102U which could be launching very soon. Samsung is also working on a cheaper version of Galaxy A20 which will be called A20e.

Before the device’s initial release, it seems someone just got hands-on it and ran the Geekbench app to know how it performs. Well, it got listed on Geekbench browser with 1163 for Single-core score and 3581 for multi-core score. The Geekbench listing also reveals some of the key-specifications. 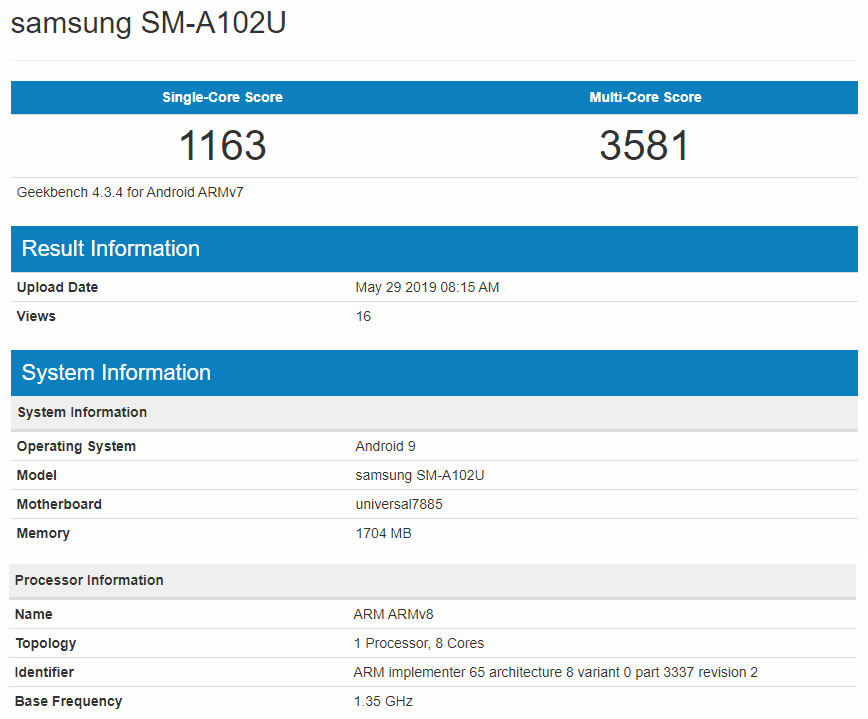 The prototype which tested has Exynos 7885 processor paired with 2GB of RAM. The base frequency is 1.35GHz which is the same as Exynos 7884 processor packed in Samsung Galaxy A10. The processor has eight-cores though.

However, as noted by GSM Arena, Samsung Galaxy A10e could equip the Exynos 7884 because of the same lower frequency. After all, it wouldn’t make sense that the “e” model is better than “non-e” model in the market.

Furthermore, it is also worth to point that RAM on this Geekbench shows 2GB which is the same as Galaxy A10 device. Now, it makes us think about what will be the actual difference between A10e and A10. Samsung’s “e” suffix models are known for the cheaper price in the market. So, there could be the possibility of degraded specifications in other areas like battery capacity.